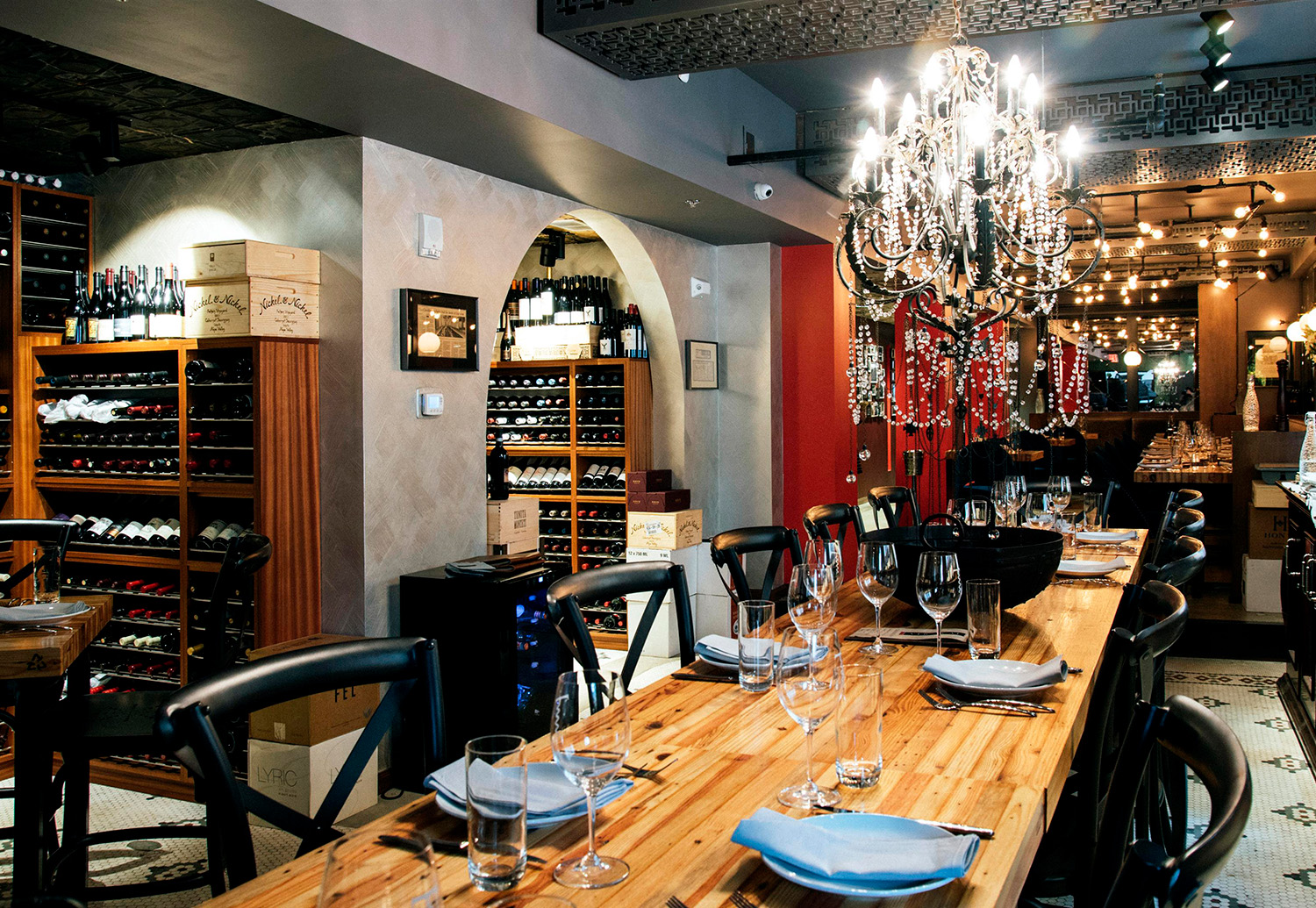 Nestled in the lower level of the restored Ashley apartments in downtown Detroit’s Paradise Valley neighborhood, Vertical Detroit embodies the richness of the City’s history. The sub-level location evokes the feeling of entering a finely appointed wine cellar. The project design unfolds as a synthesis of reclaimed, polished, reused elements and materials, creating a warm, eclectic lounge that is as luxurious as it is inviting.

Vertical Detroit was named one of the ‘Top 10 New Restaurants of 2015’ by Detroit News critic, Molly Abramson, Eater Detroit, Thrillist and The Detroit Free Press. The modern interpretations of classic cuisine and engaging programming brings an eclectic mix of the knowledge of distinguished professionals and wine connoisseurs to Downtown Detroit. 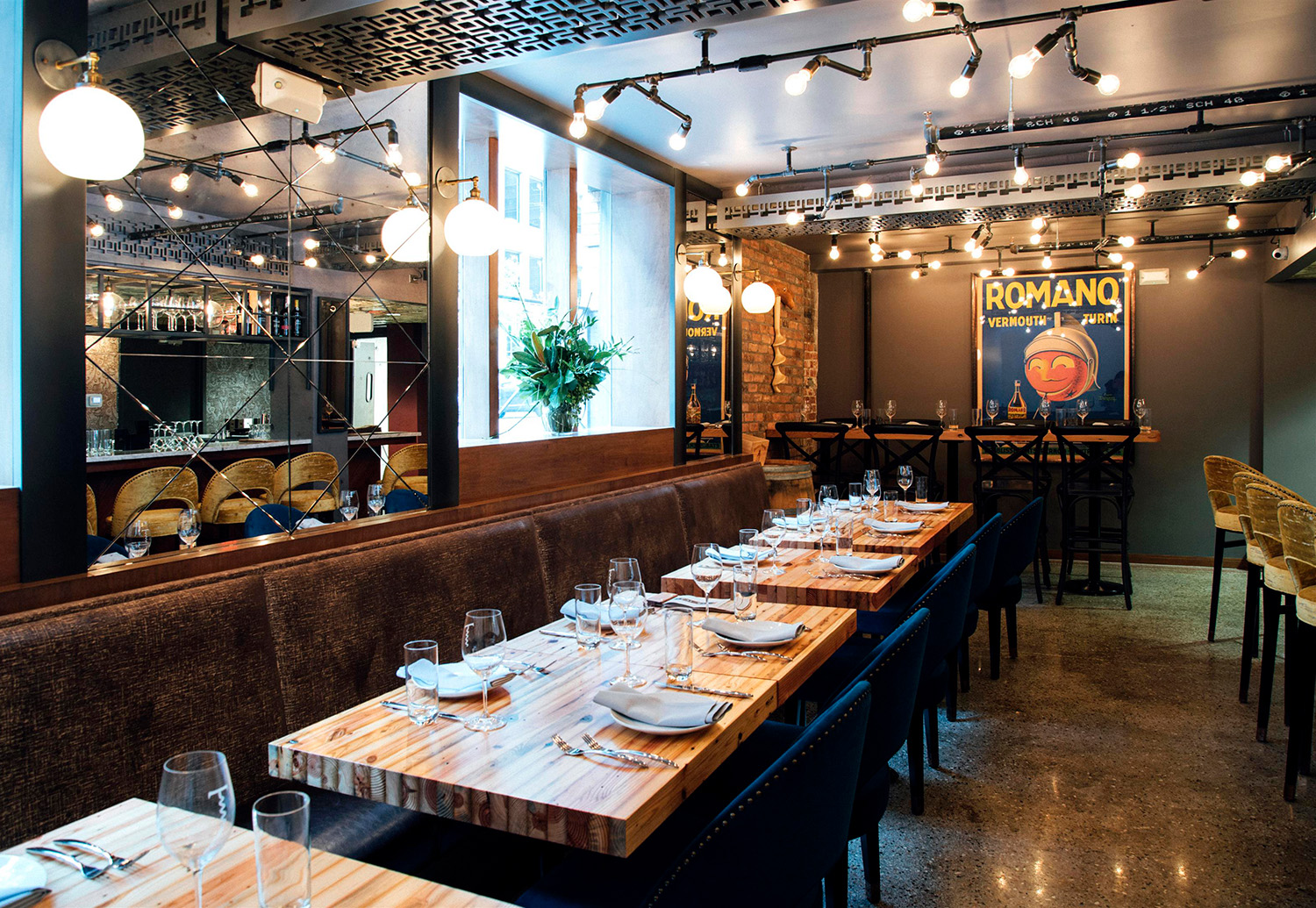 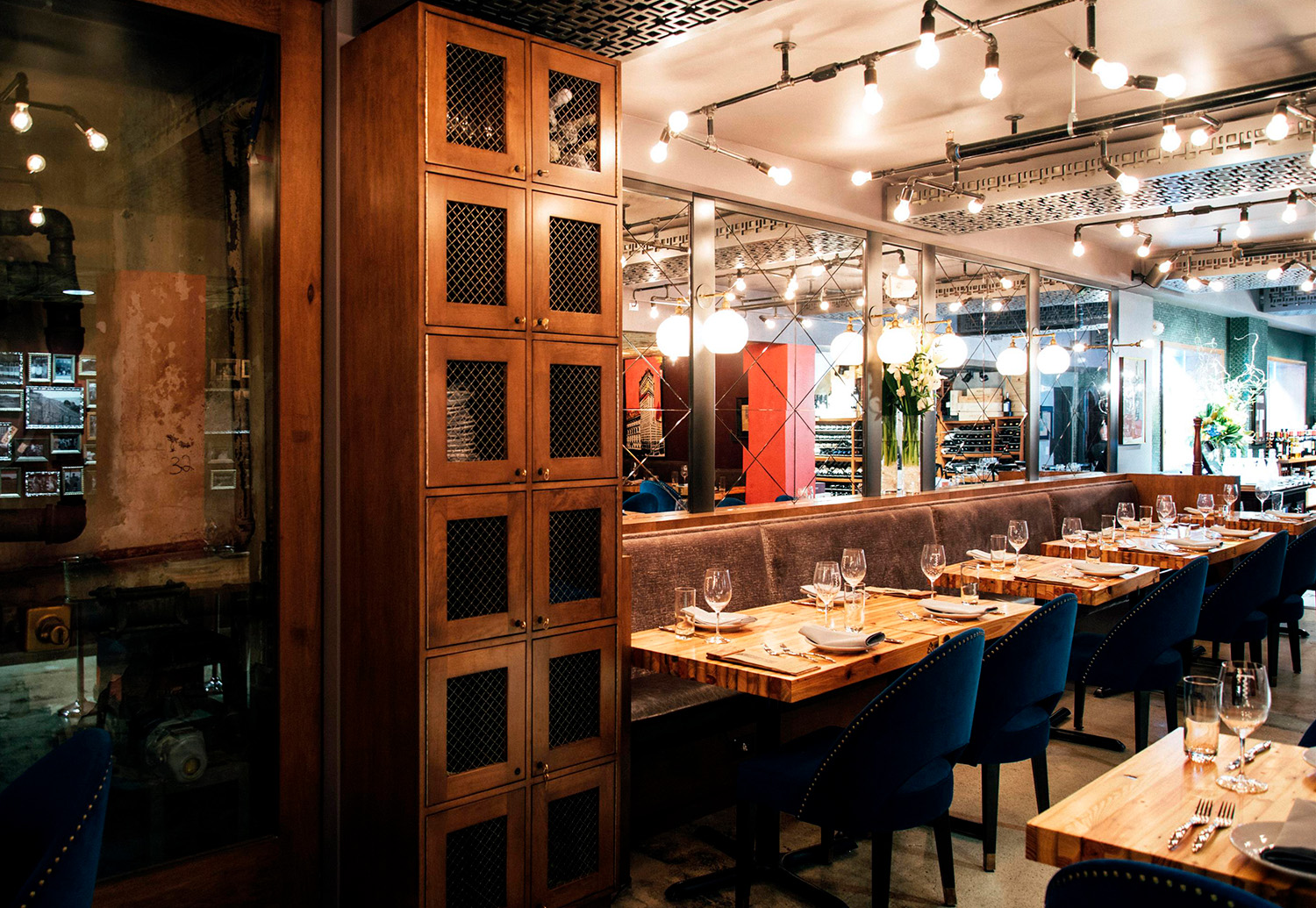 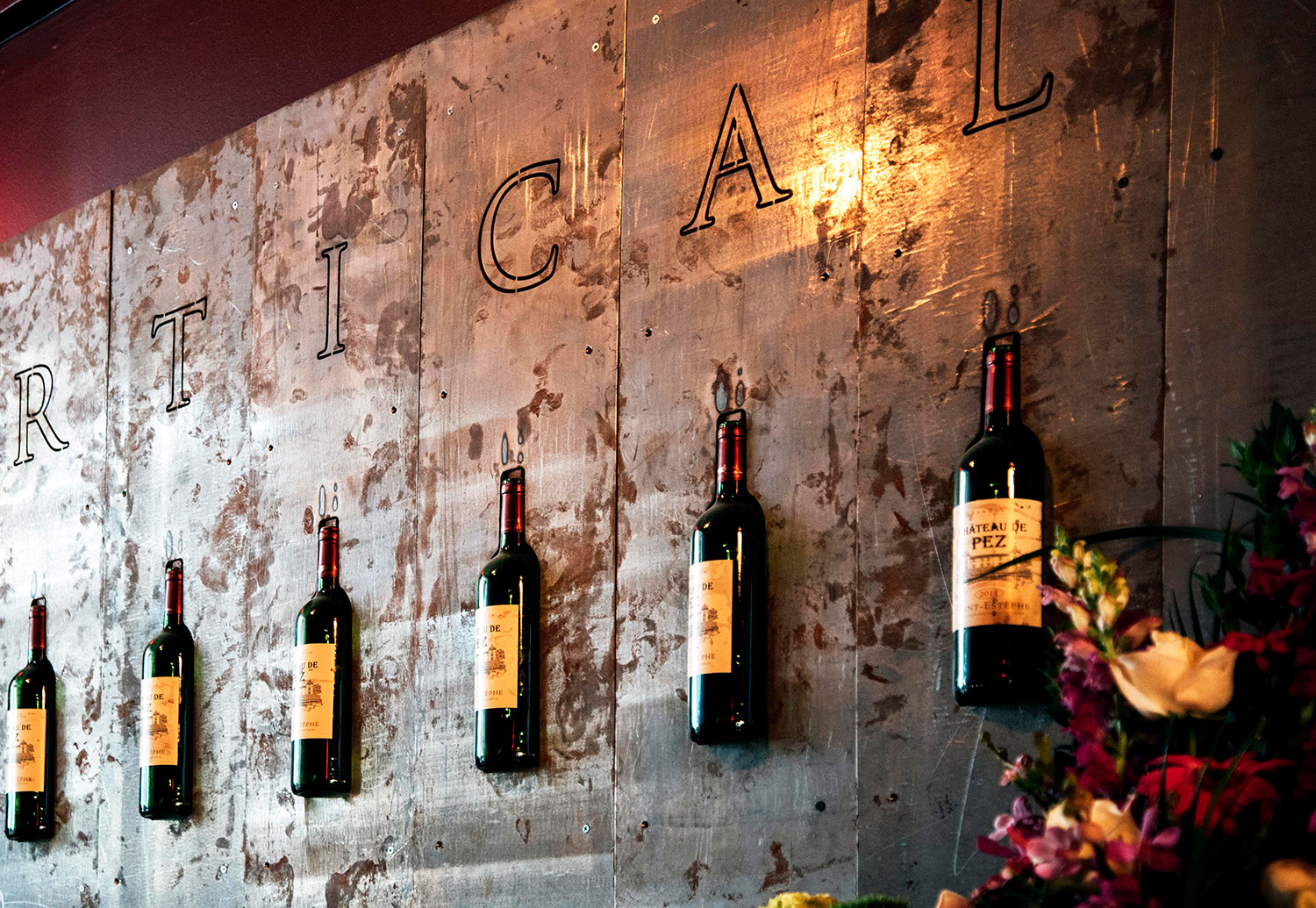 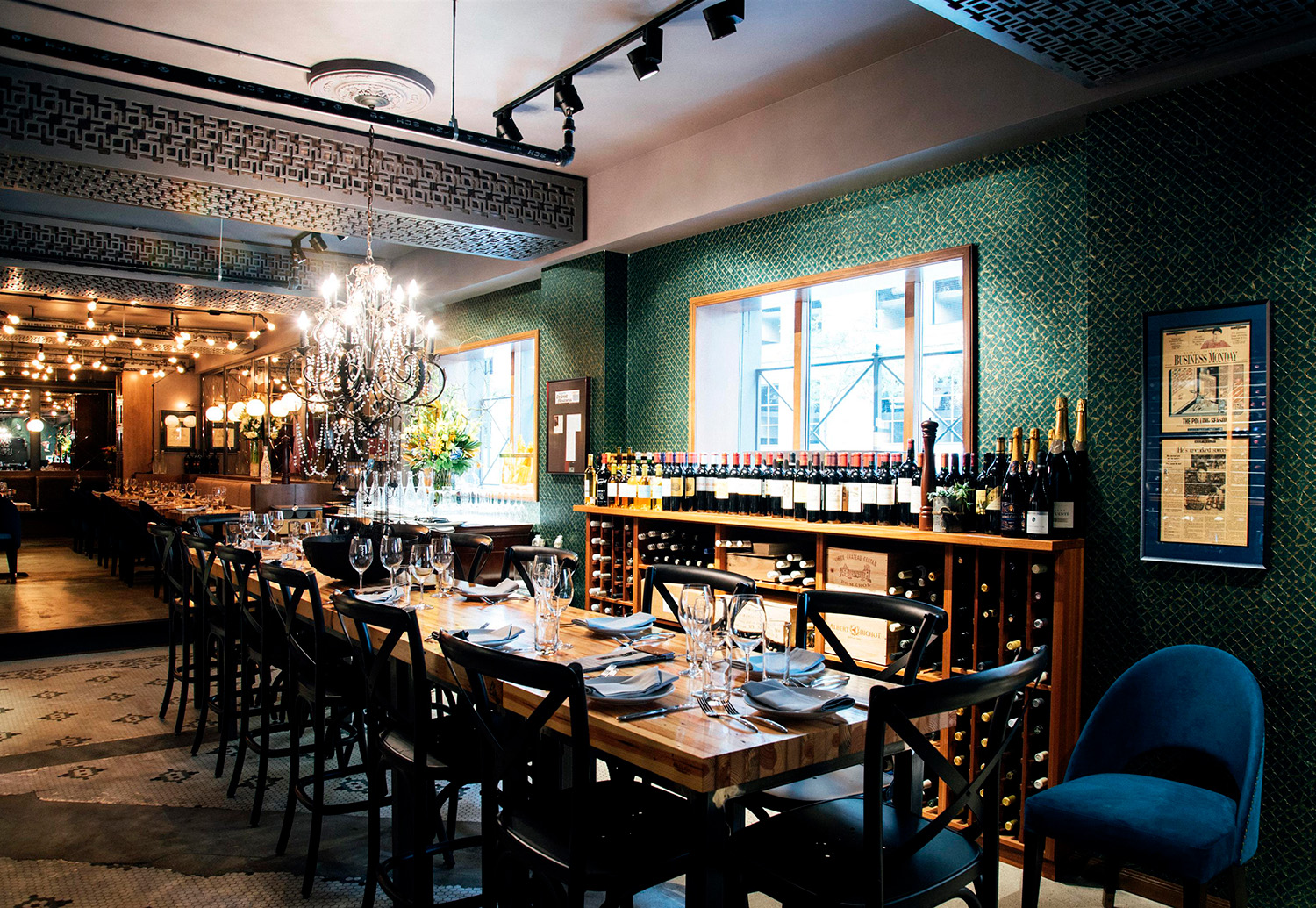