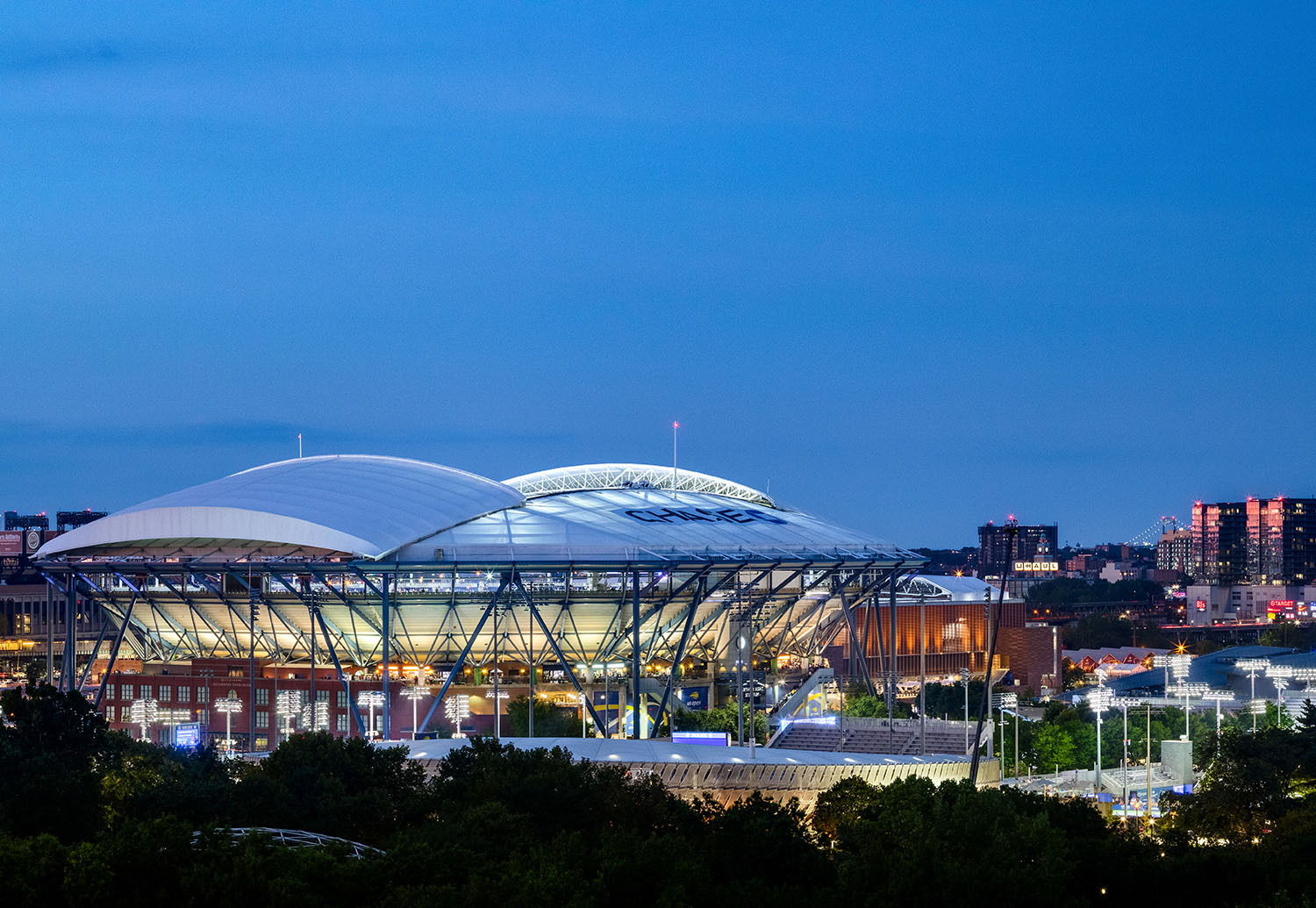 Every August for the US Open, Arthur Ashe Stadium hosts elite tennis athletes, crowds of fans, and sponsors for a two week period. Arthur Ashe Stadium was originally designed by ROSSETTI in 1997 but was not designed to have a roof. Rain hindered play during the US Open for five consecutive years, causing United States Tennis Association (USTA) to search for a solution.

The primary challenge was developing a retractable roof for a stadium that was never designed to carry the load of a roof. In addition, poor soils from the site’s history as the bump for New York City’s coal ash made the project more complex. The USTA considered proposals from multiple firms for the roof design, but many of them did not meet the four critical objectives of: structural integrity, financial viability, being able to operate quickly and be aesthetically pleasing. ROSSETTI was selected as the project architect after intensive R+D, in collaboration with the New York office of WSP, to develop a lightweight roof that could be delivered within the USTA’s four objectives.

ROSSETTI’s design intent is respectful to the iconic stadium, aesthetically taking its cues from the existing architecture. The roof structure gives the appearance of being an integral part of the stadium, designed to look integrated with the original 1997 stadium. In reality, the roof will be wholly independent of the structure beneath, making it visually and physically as light as possible. The roof measures 236,600 square feet and is supported by eight steel columns located around the stadium’s perimeter. A Teflon-coated fiberglass membrane, or polytetrafluoroethylene (PTFE)”) fabric stretches over the framing system. Engineered to open and close within ten minutes, the roof’s creative design allows Ashe to continue to feel like an outdoor stadium and operate on-demand. 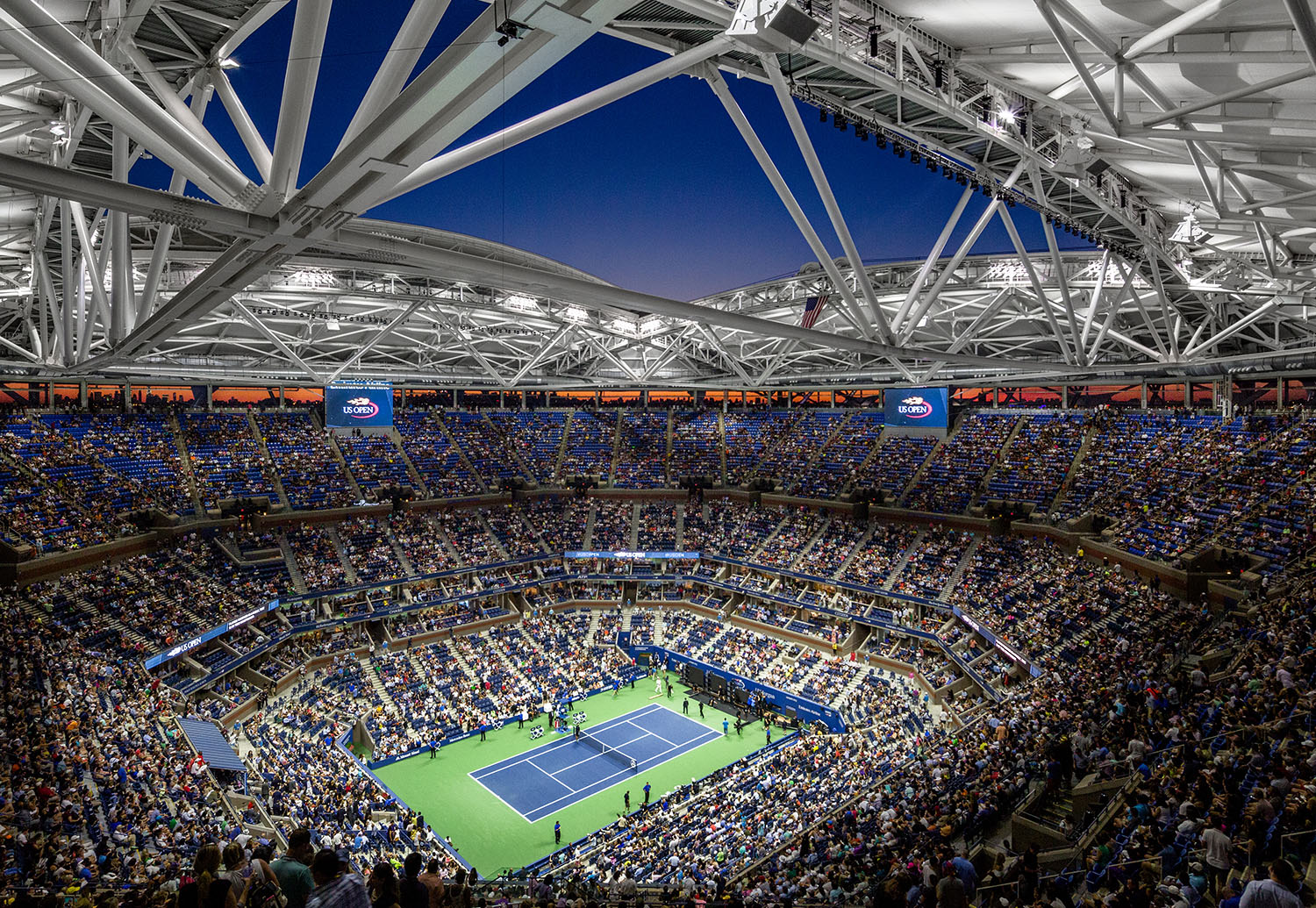 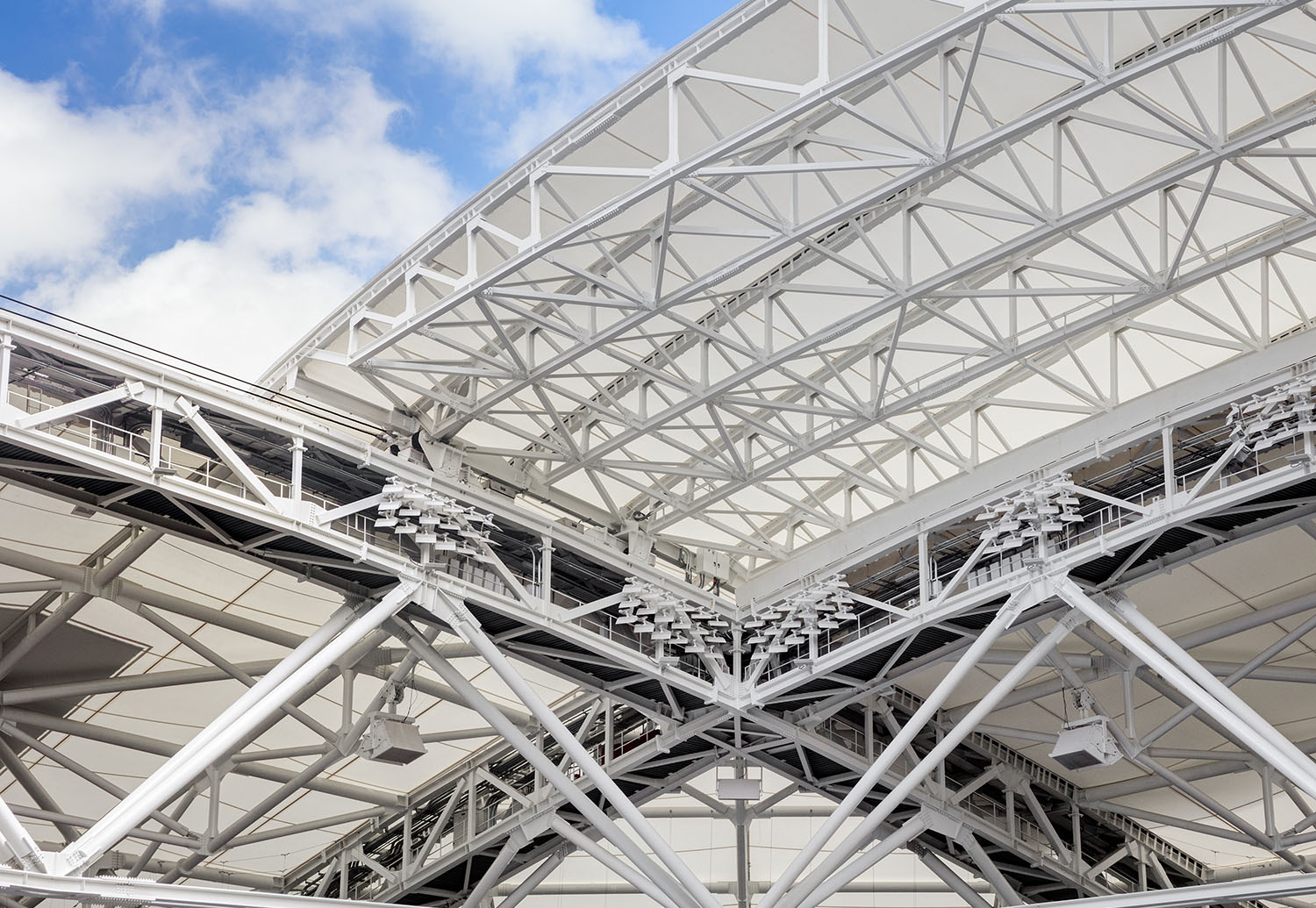 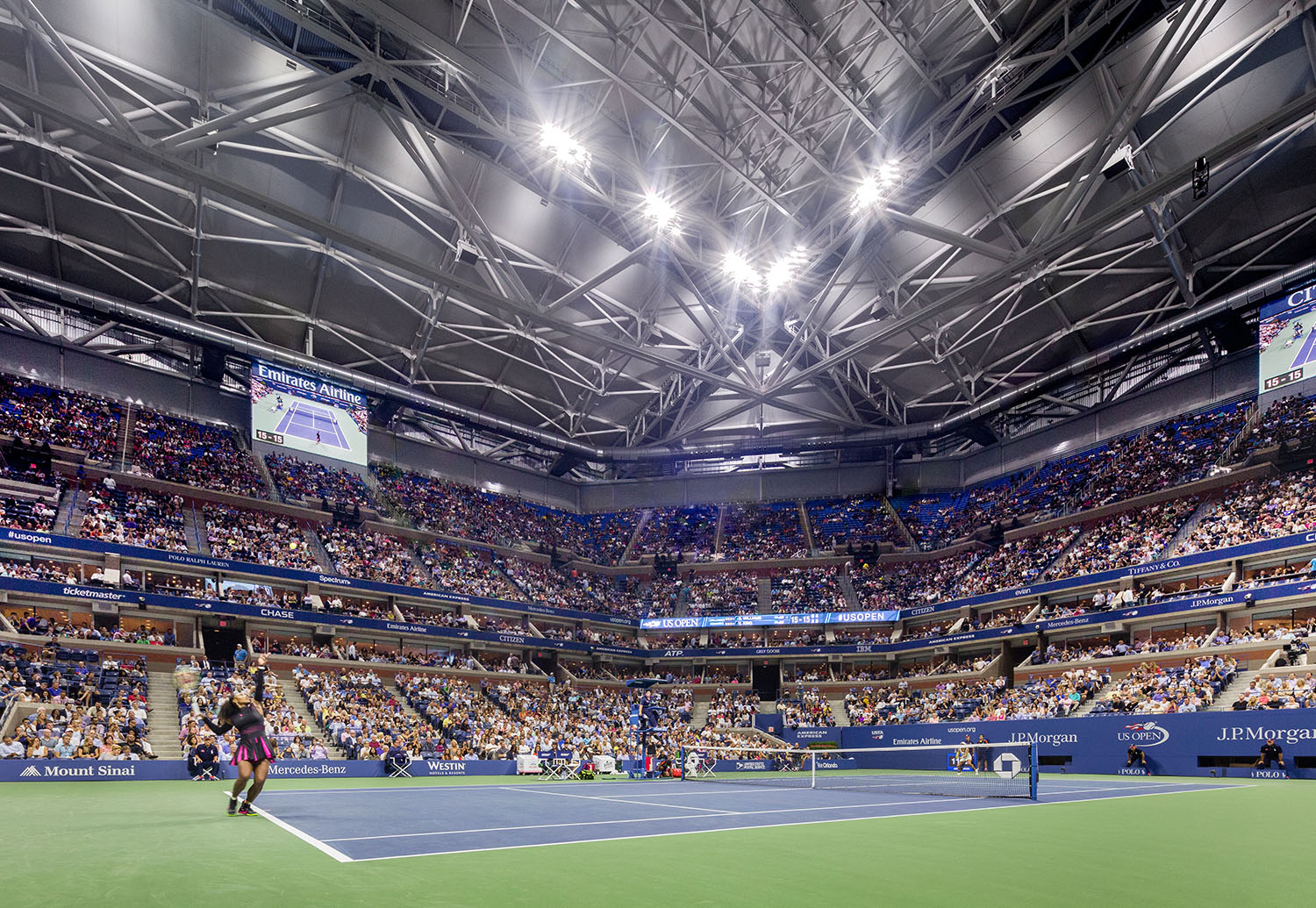