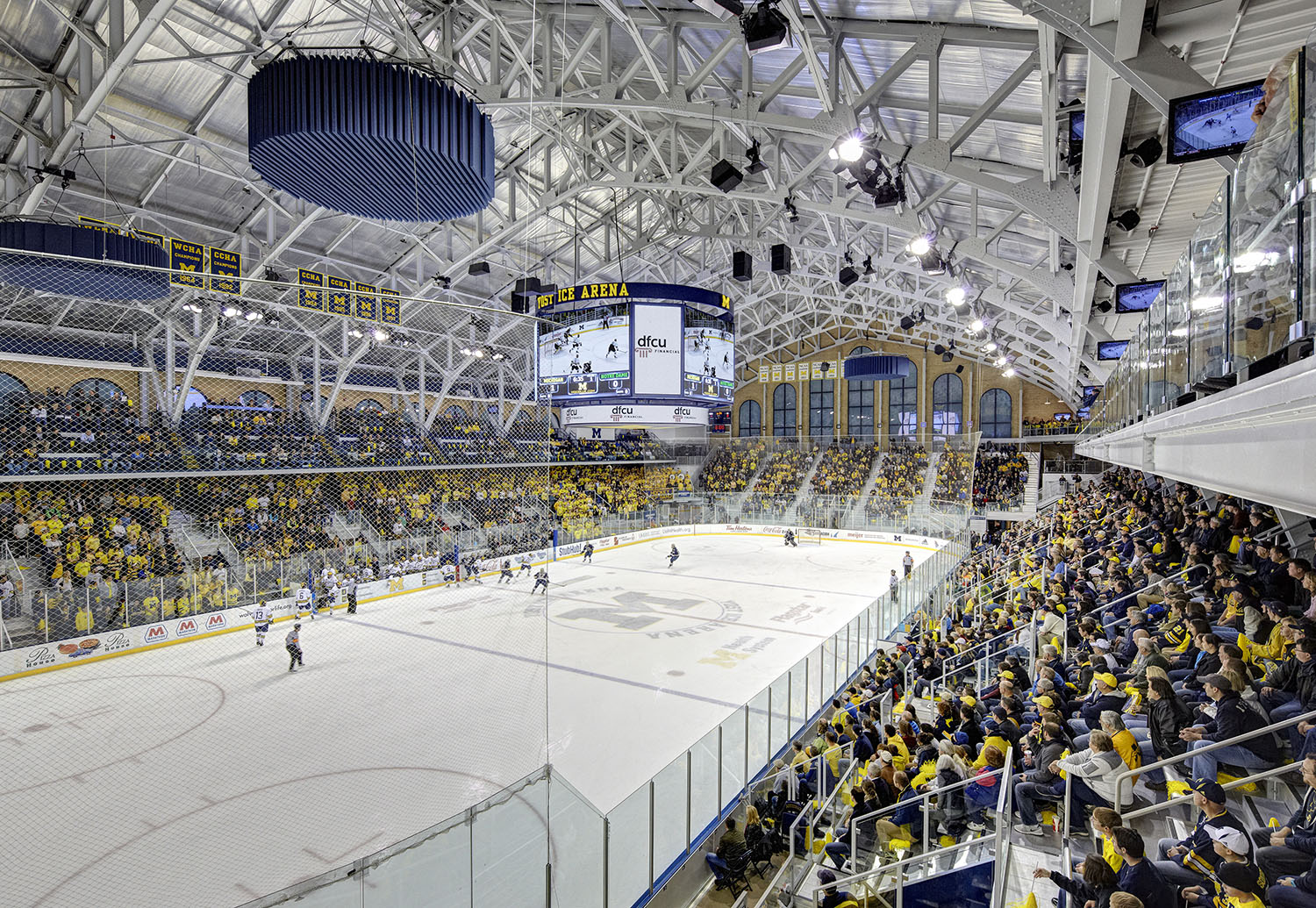 This beloved arena was originally constructed in 1928 and renovated several times. However, the windows had remained boarded to avoid interior heat gain that caused unfavorable ice conditions. Additionally, the facility was in need of upgrades for fan amenities and premium product.

By removing the decades-old coverings on the original arched window openings, ROSSETTI transformed the arena from a dark hockey barn into a bright, modern arena while retaining its historic feel. The $16 million renovation also includes a dramatic face lift to the public spaces, including concourses, concession stations, restroom facilities, the press box, and technology and mechanical systems throughout the arena. ROSSETTI renovated and re-purposed 16Champions Boxes from former offices as well as the arena’s East Club. The unique “Ice Box” is a corner platform used for corporate entertaining or sold with four tops. The University’s famous maize and blue colors are prominently used in the environmental graphics throughout the arena.

With a new glazing system and technology that uses 1-1/2” Aerogel insulted glass on the exterior window openings, the system provides nearly 75%daylight transmission while reducing heat gain by approximately the same margin. The arena’s total renovation has been phased by ROSSETTI over the past12 years. Yost’s formal dedication in 2012 was attended by alumni players, including several who have gone on to the NHL. 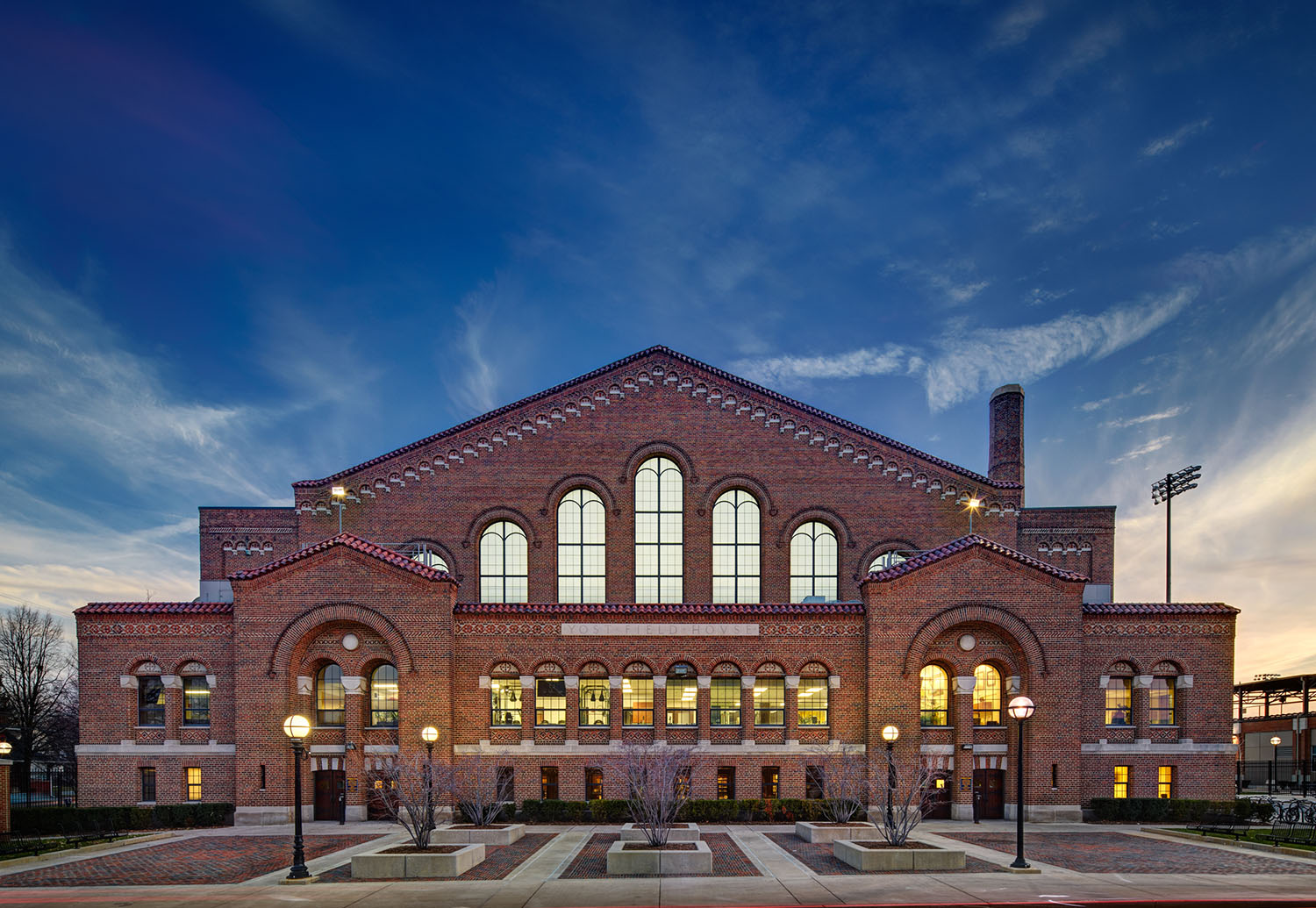 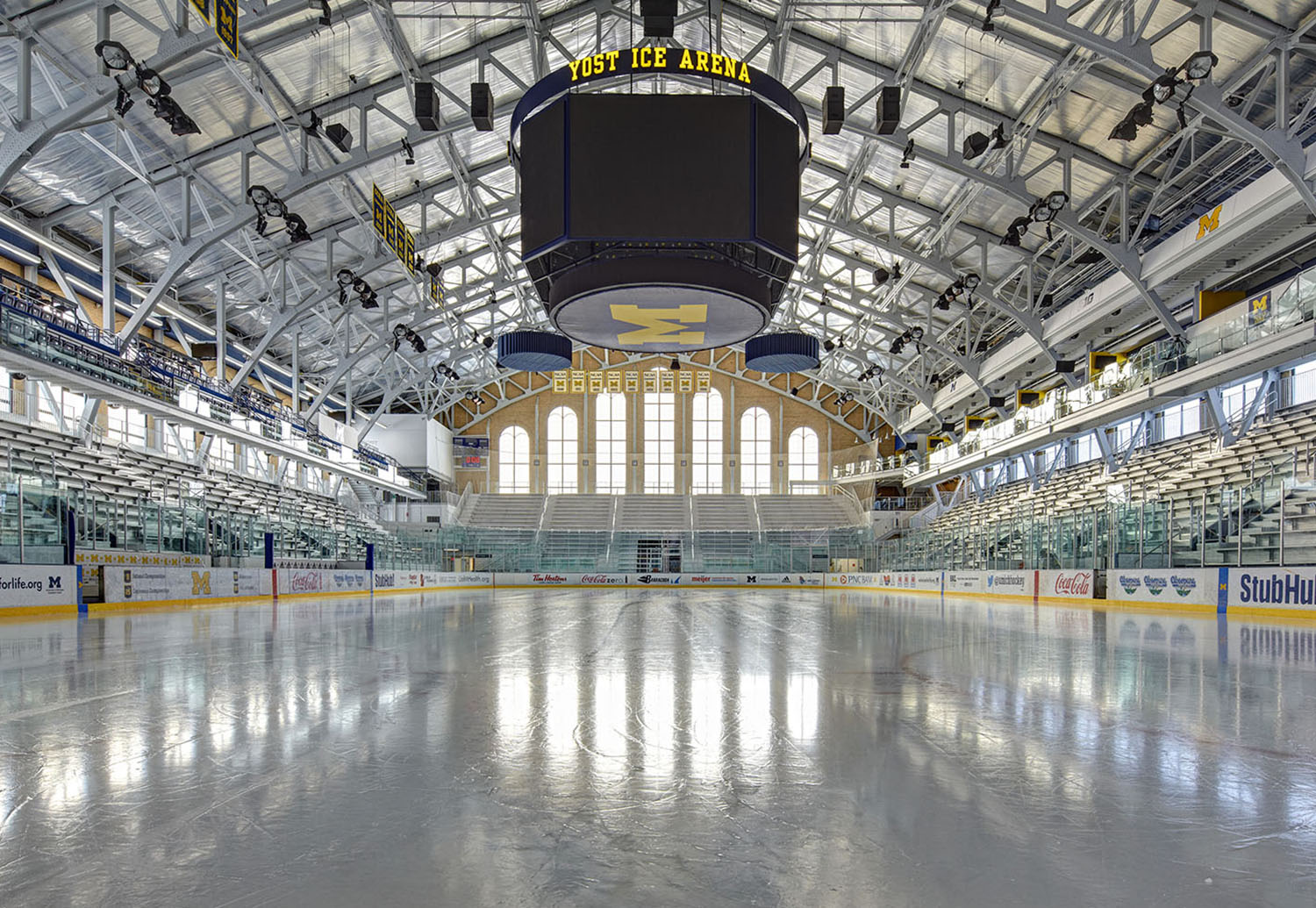 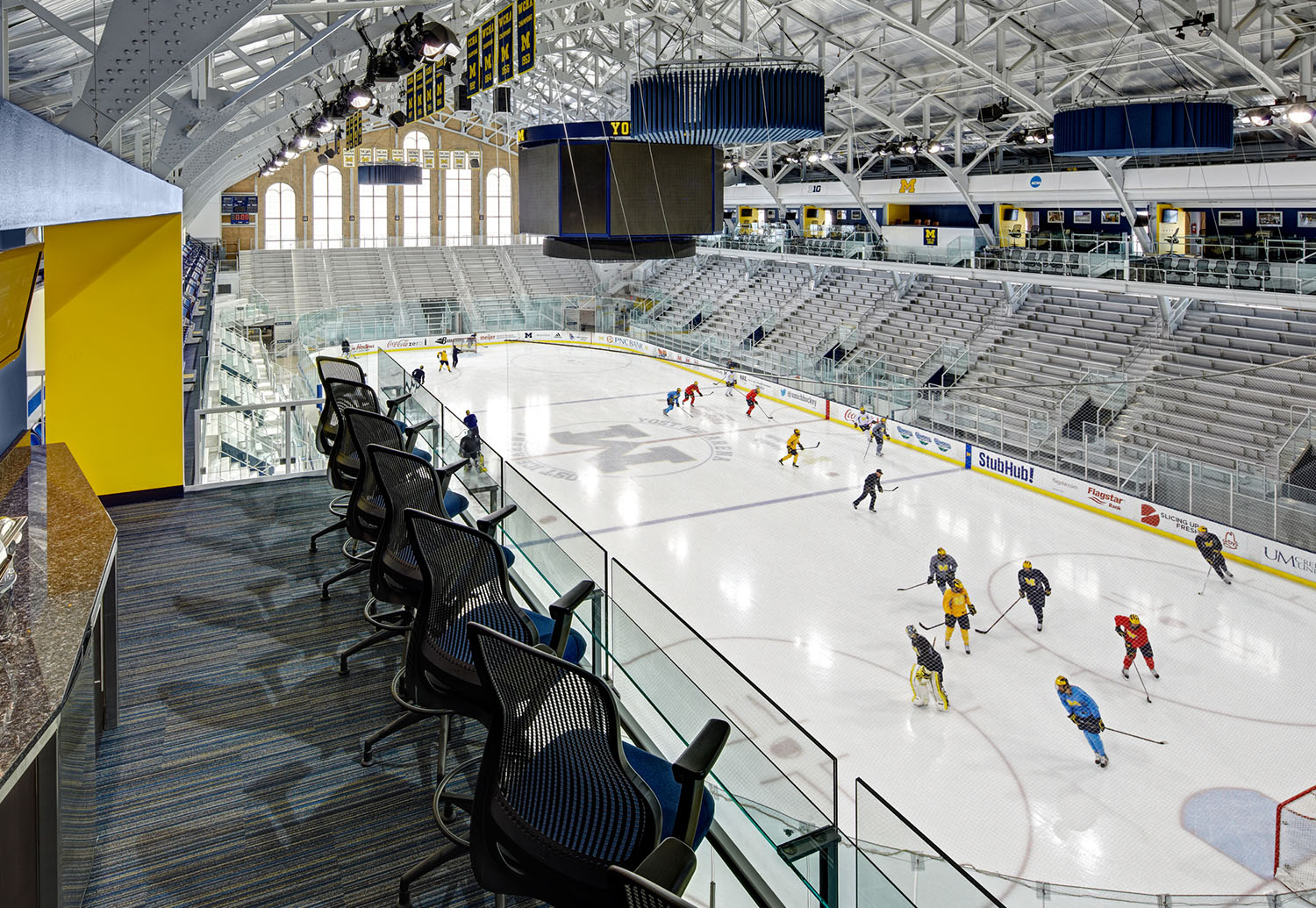 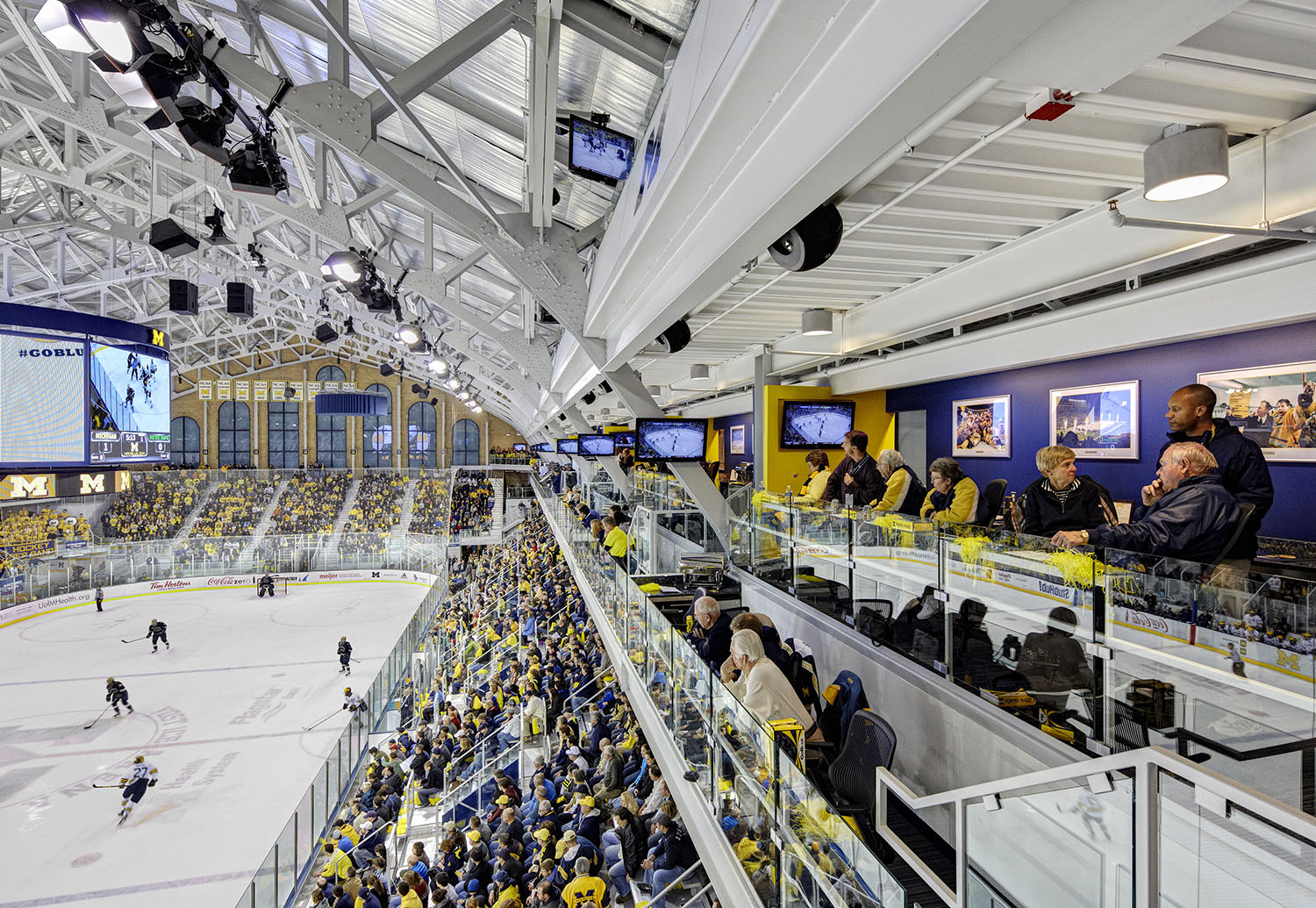 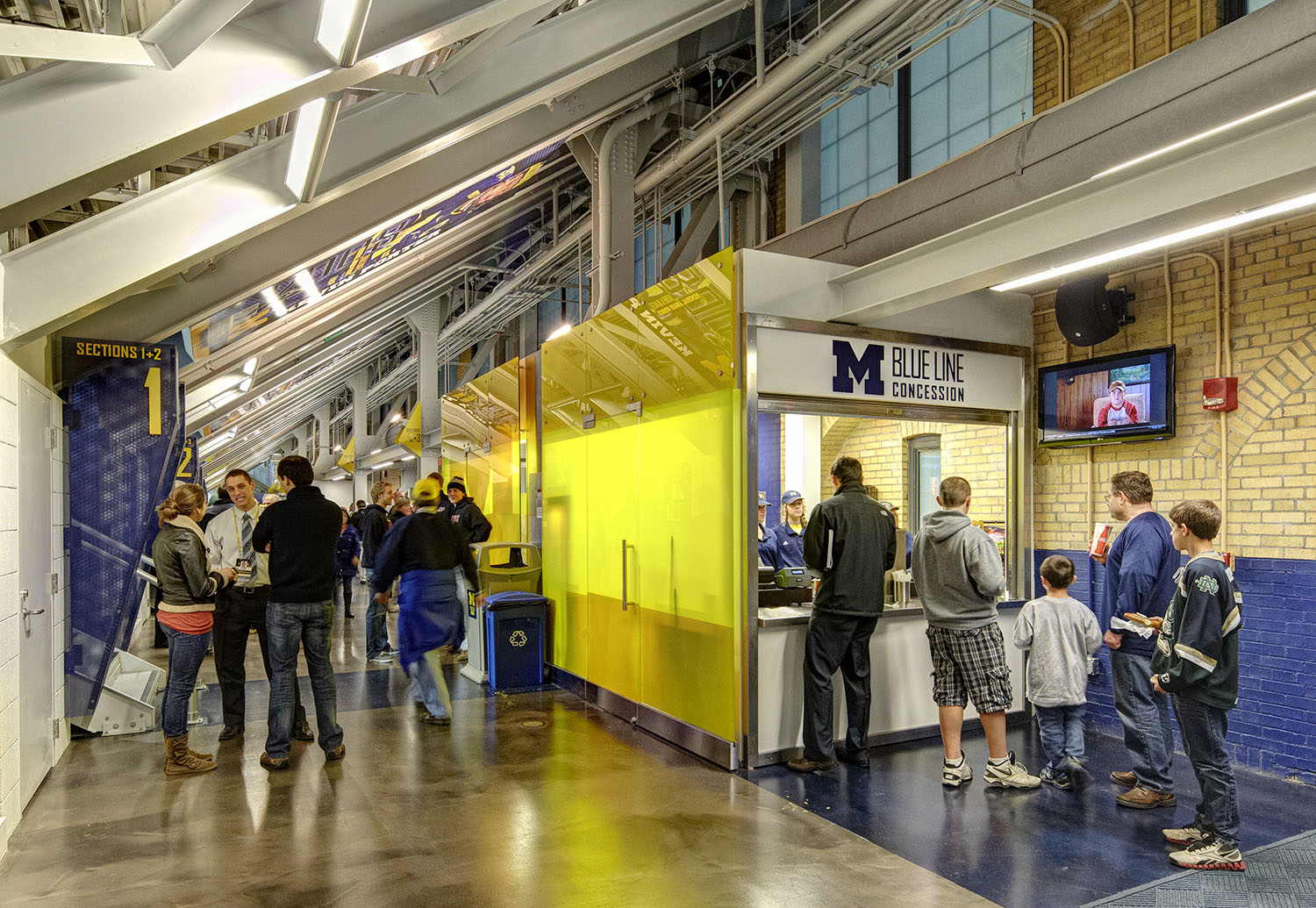 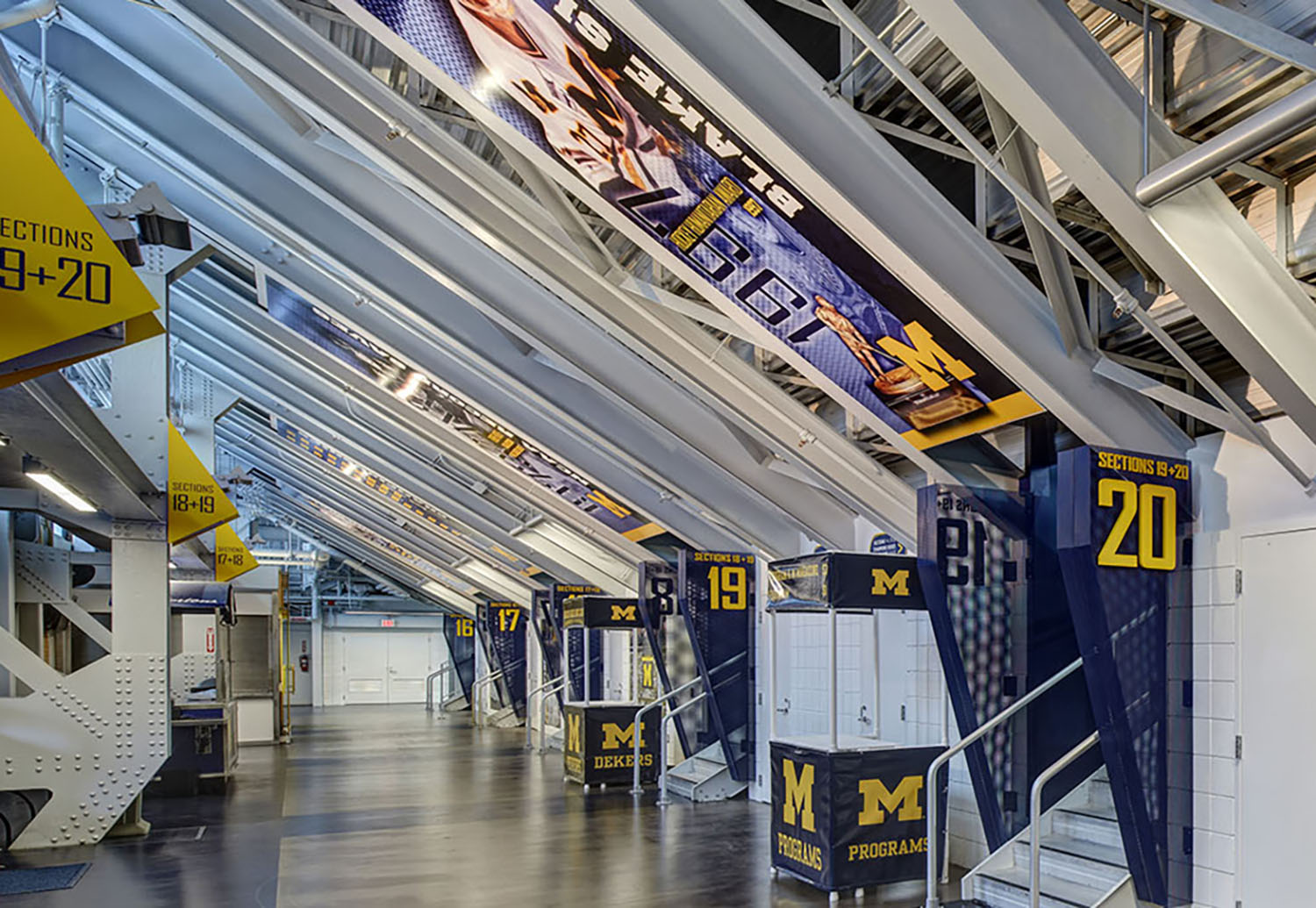