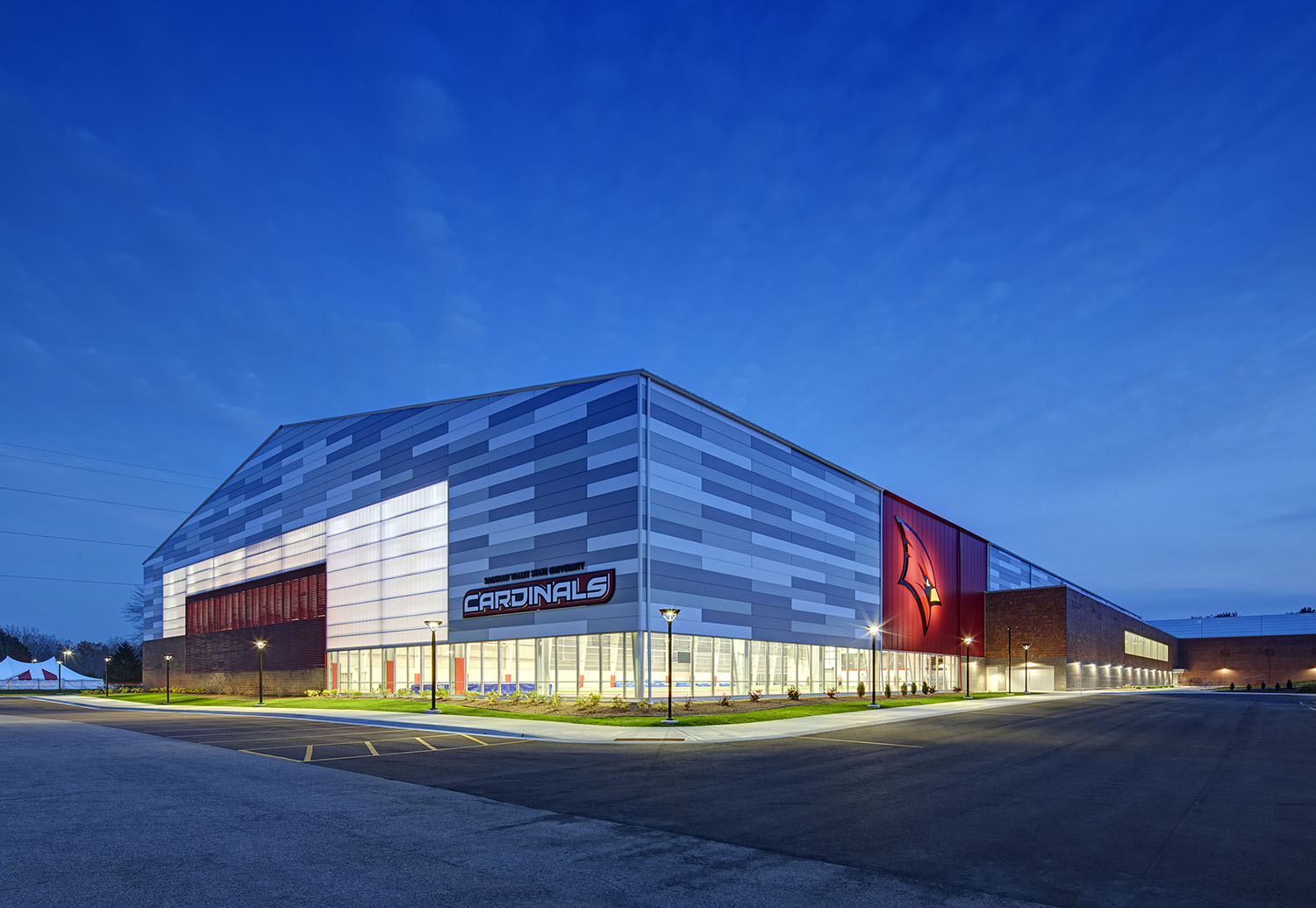 ROSSETTI’s master plan at Saginaw Valley State University created a dedicated training facility for student athletes with the expansion of the Ryder Center. The design created a new attached field house featuring a 300-meter indoor track with a synthetic surface covering the infield for baseball, softball, football and soccer. The new Ryder Center has had a profound impact on the University Athletics.

The new Ryder Center has had a profound impact on the University Athletics. A year following completion, SVSU Football signed every realistic prospect they were interested in recruiting. Additionally, the new surface of the track has led to four Great Lakes Intercollegiate Athletic Conference (GLIAC) records at the 2015Championship and set one NCAA record. Renting out the facility to community groups has also aided in exceeding the University’s financial goal in 2015. 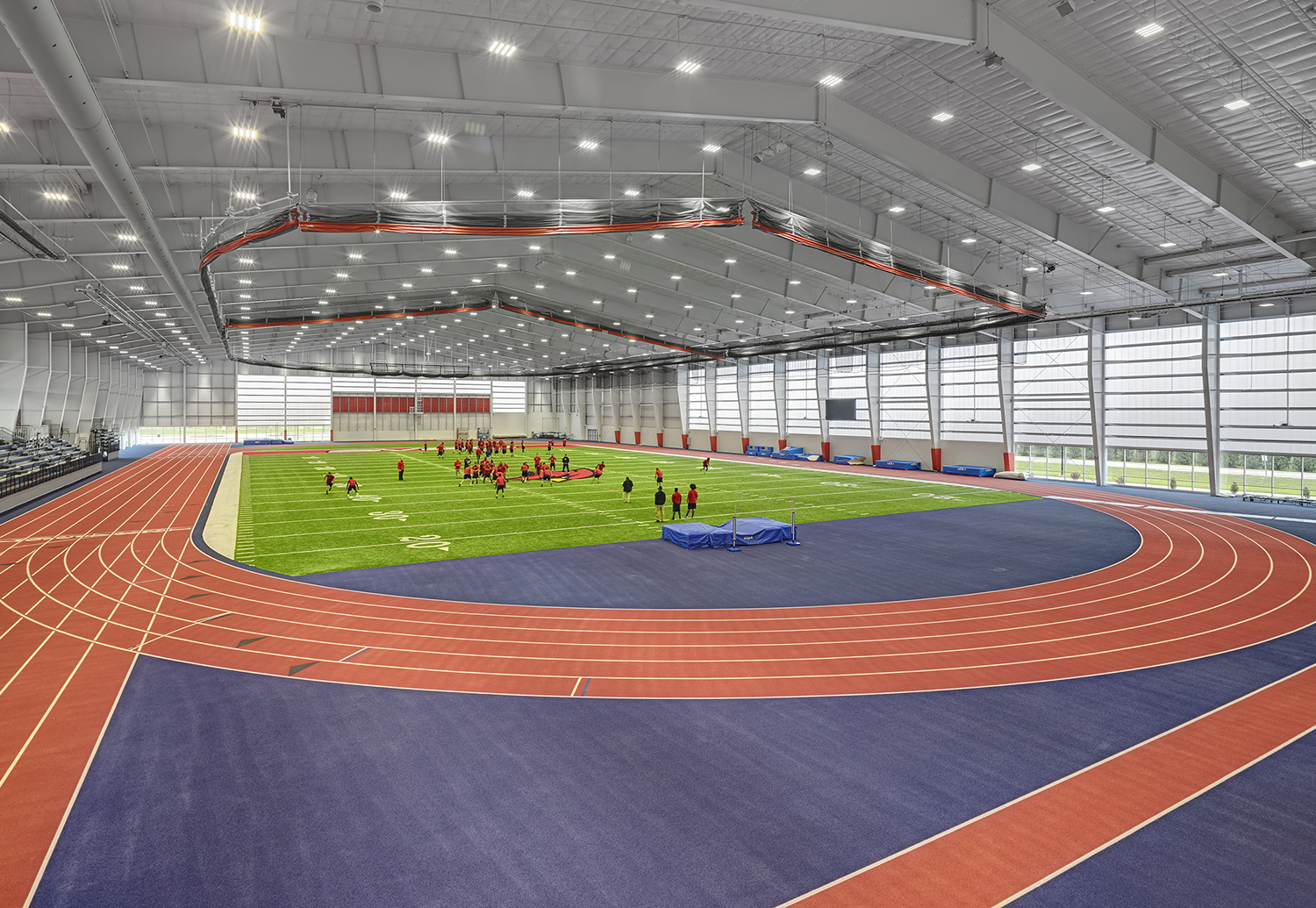 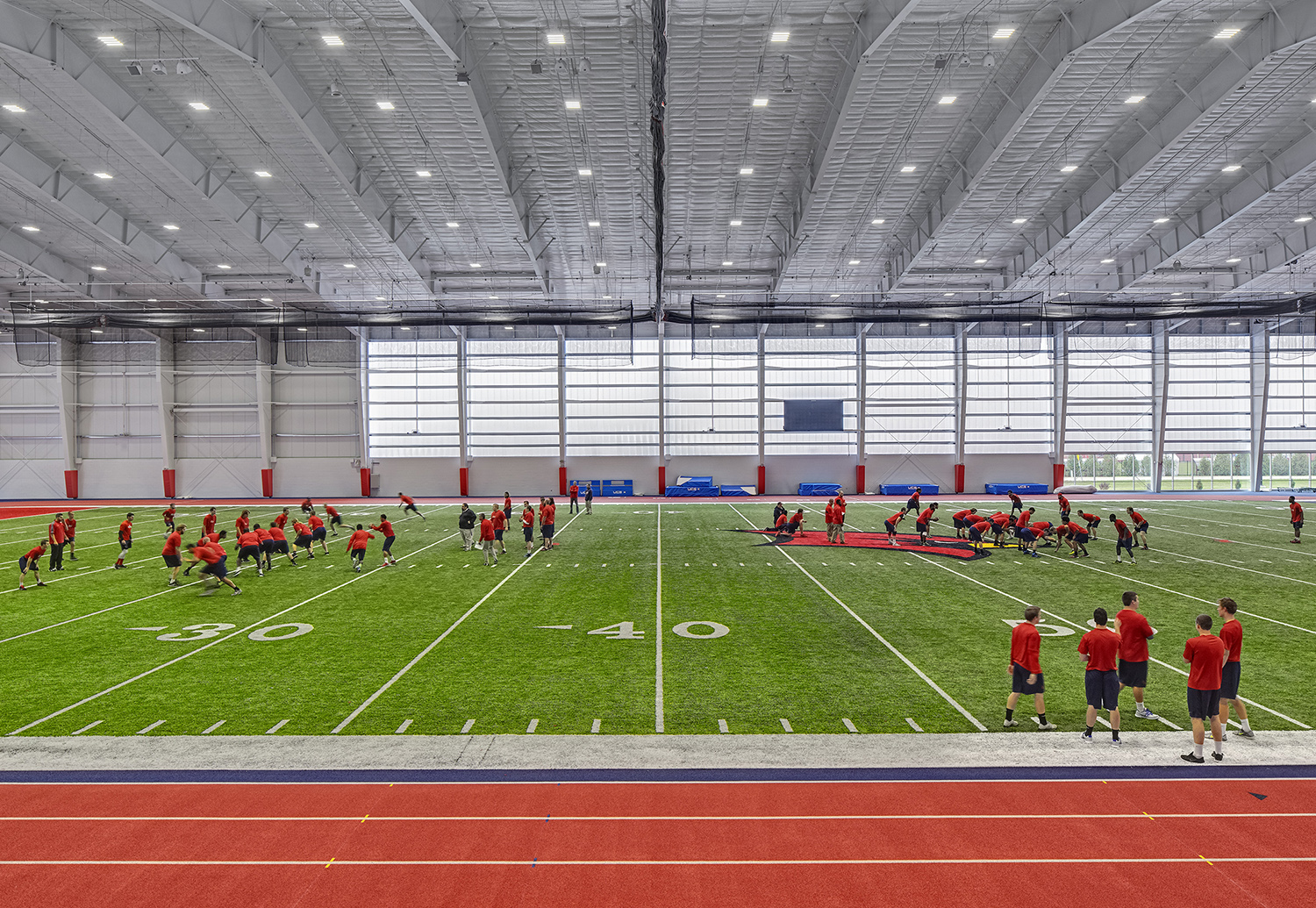 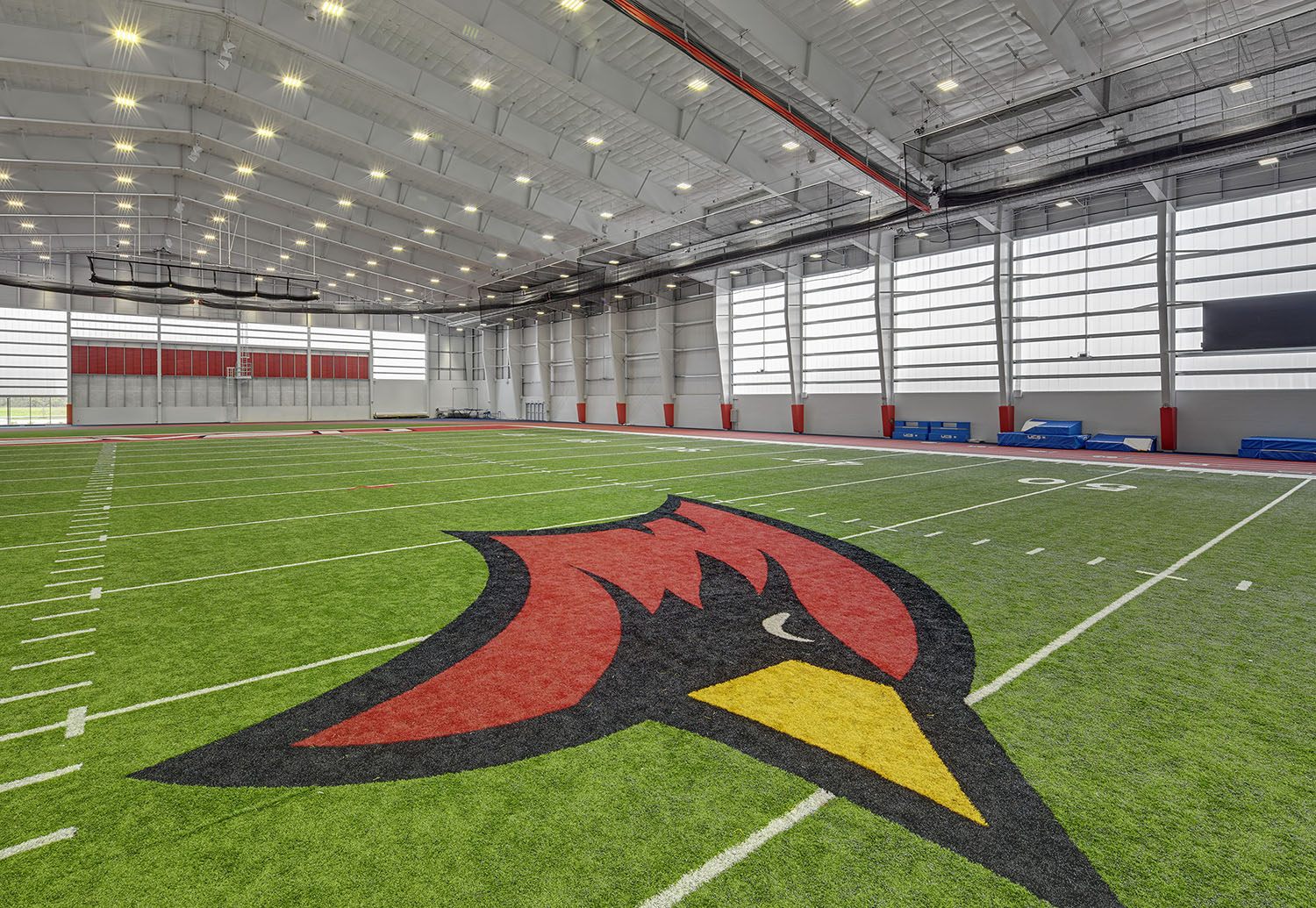 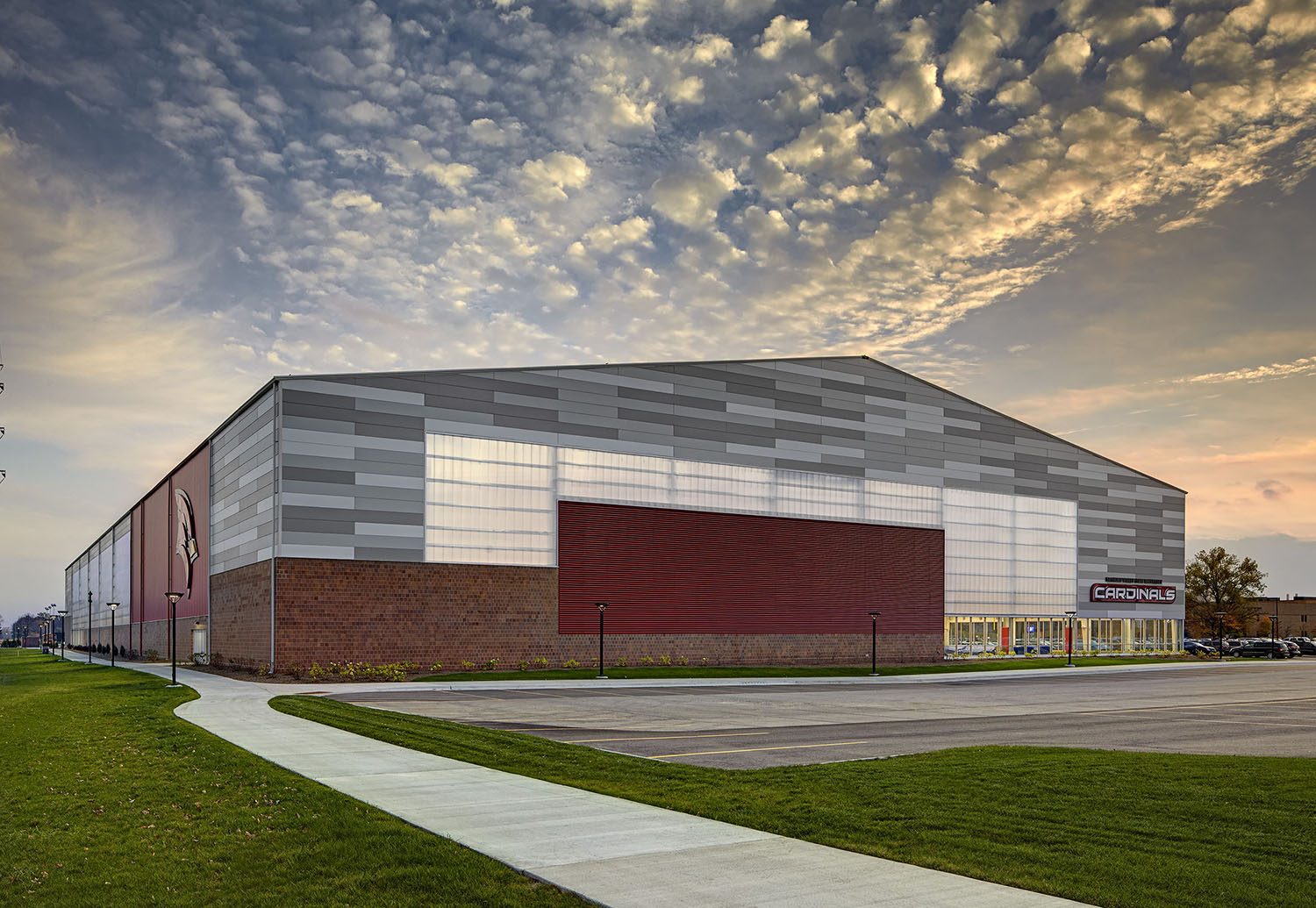