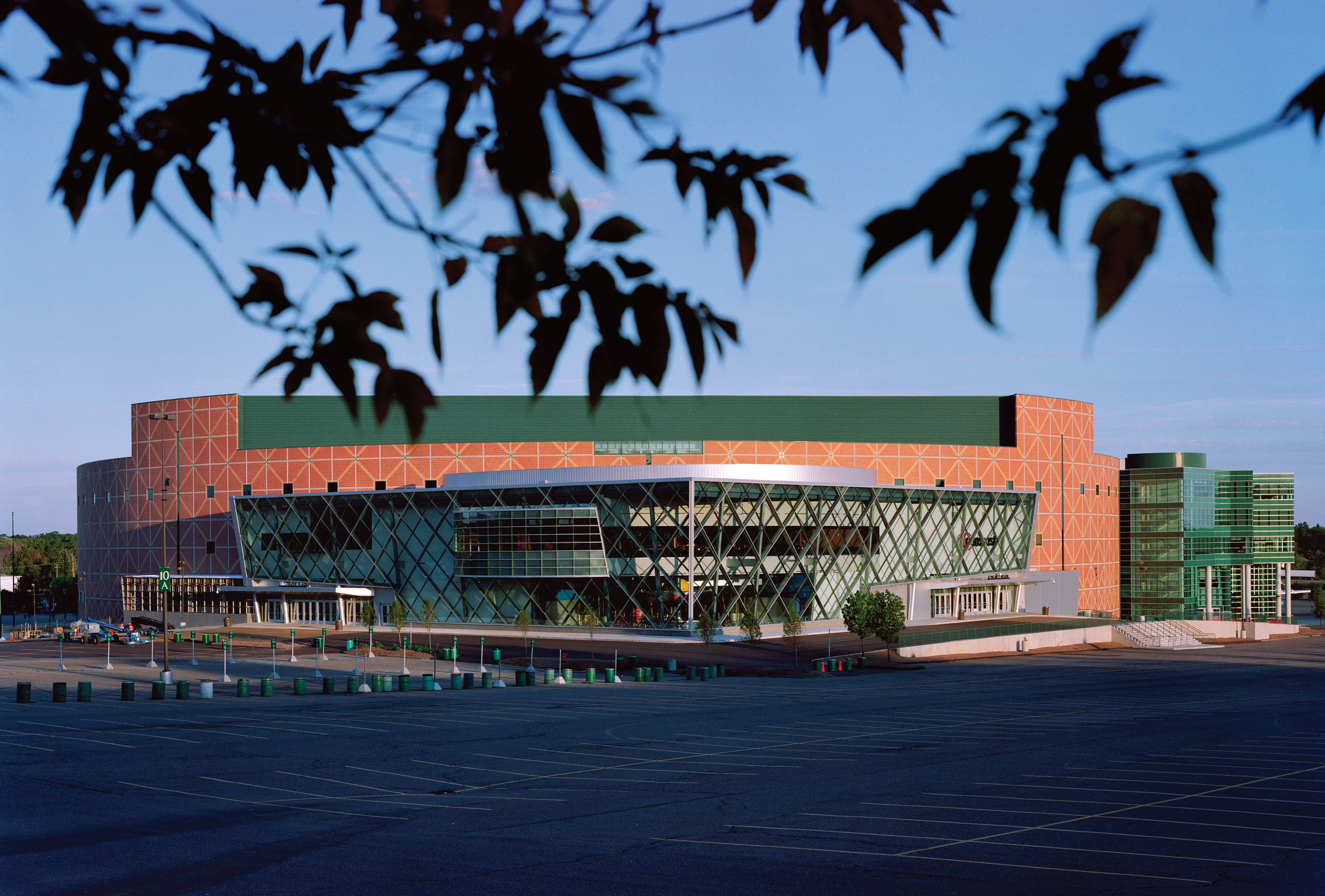 The Palace is one of the best examples of a venue that continues to evolve its brand and fan experience. In the 1980’s ROSSETTI created a sensation with breakthrough bowl and suite design for the arena. Since then, ROSSETTI has maintained a long, collaborative relationship working with the Palace to identify and experiment with smart investment upgrades and premium products.

In 2011, when Platinum Equity assumed ownership of the team and arena, ROSSETTI was retained to rebrand the facility from top to bottom. ROSSETTI developed a new identity that meshed Platinum Equity with the Pistons. ROSSETTI dialed up the approach experience with floor-to-ceiling video boards, reflective ceiling surfaces and LED lighting while incorporating the new palette of white, blue and silver. Clubs were opened up and transformed into social experiences, and concourses were streamlined with a spare palette to highlight venue sponsors. The Piston’s locker room and “Walk of Fame” showcases the team and its history using bold graphics.

For more than 25 years, The Palace has consistently been one of the most profitable sports and entertainment venues in the U.S. ROSSETTI’s Return on DesignTM approach to programming and design solutions has generated a return on investment of between 3-5 years for each of its significant renovations and additions. In 2014, The Palace was honored with AIA Michigan’s 25-Year Award, acknowledging the building’s continued relevance in the community. 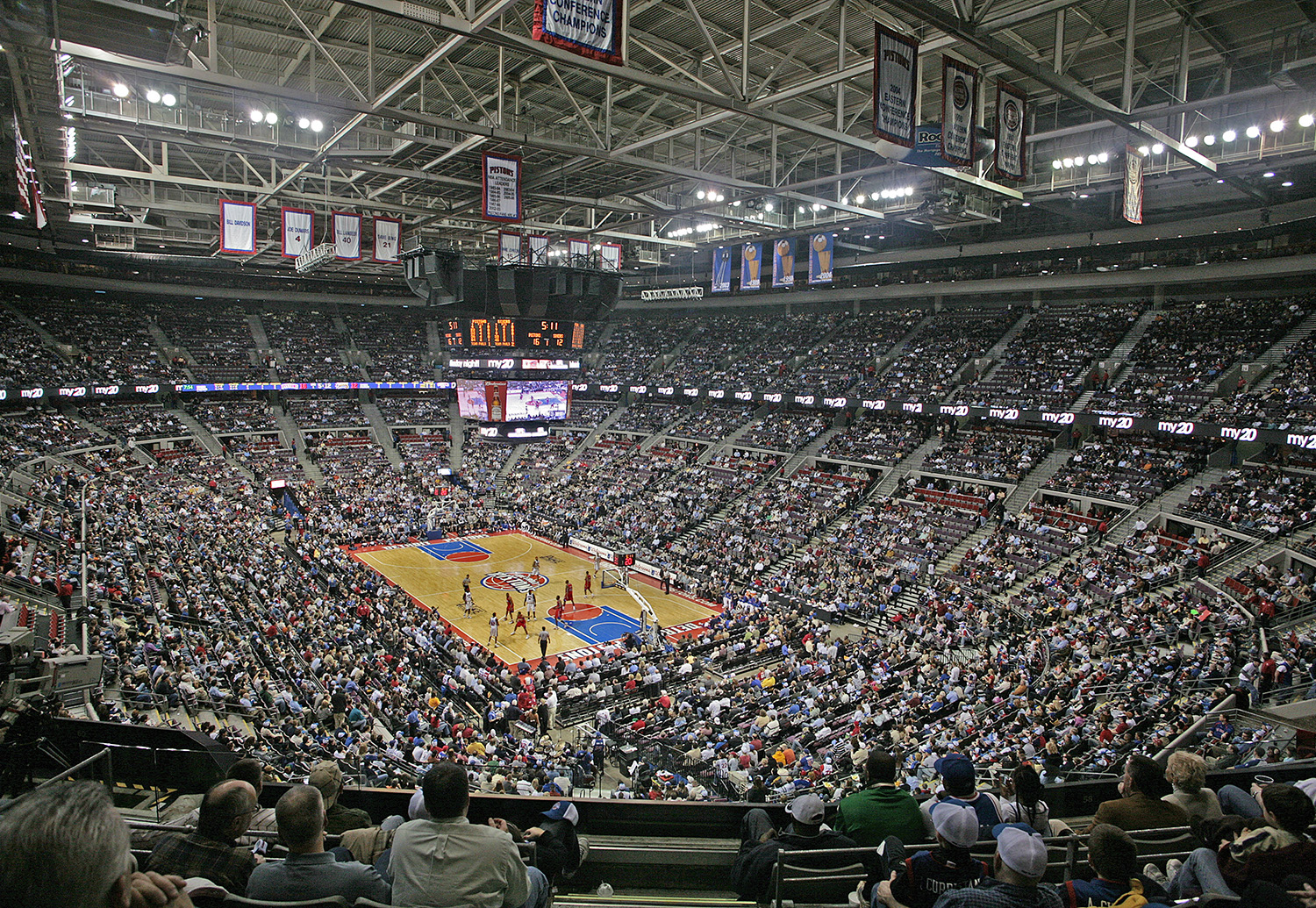 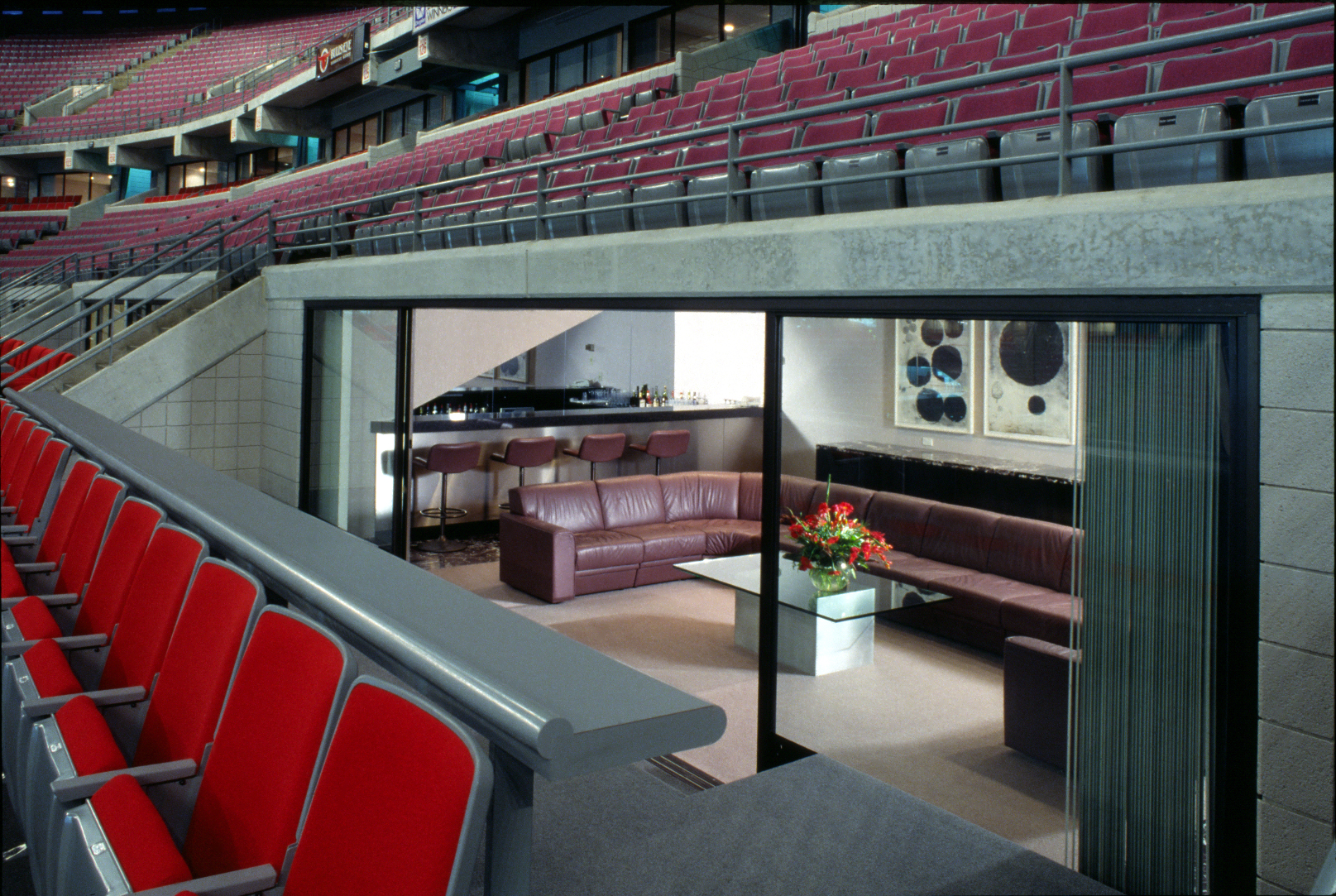 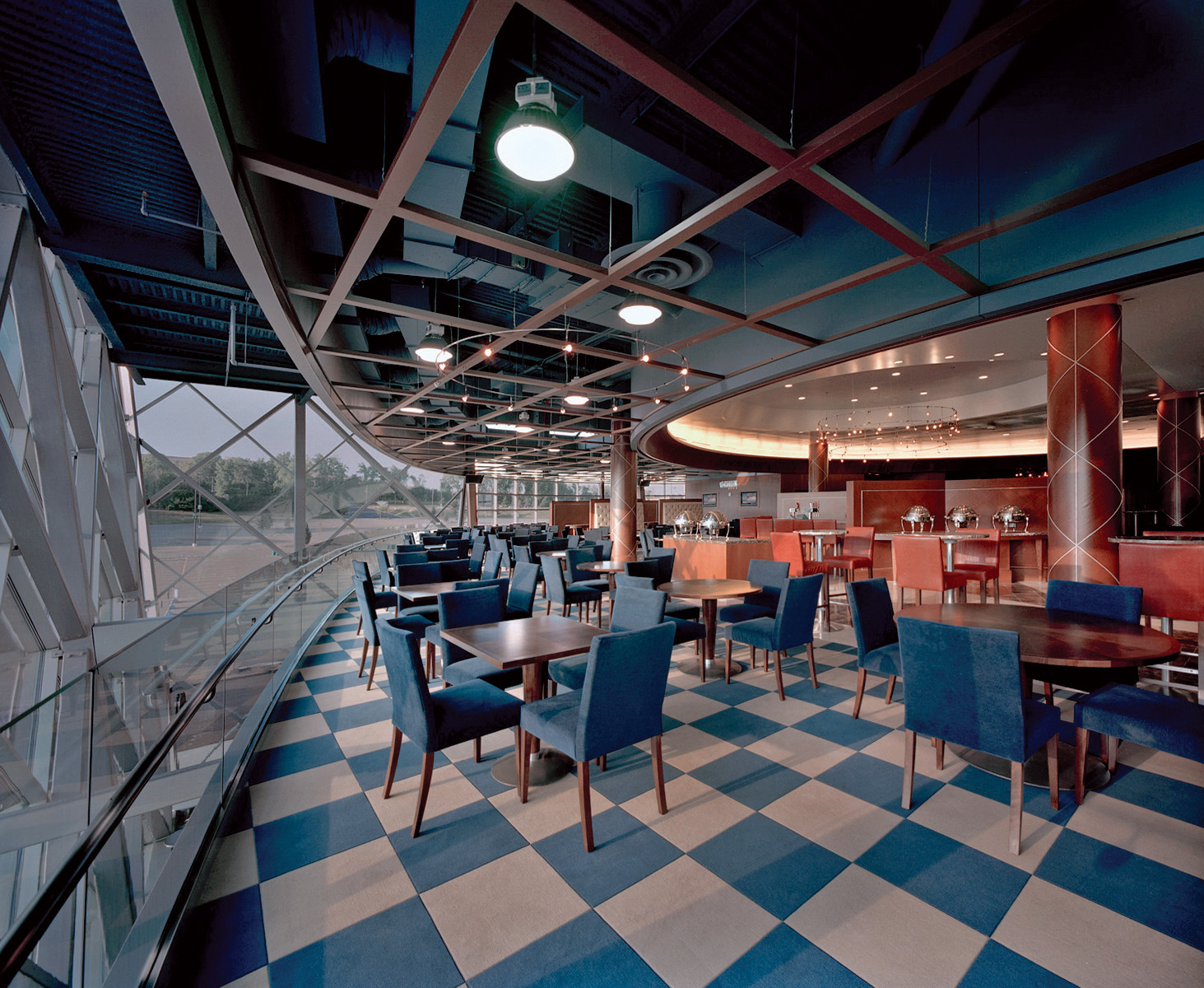 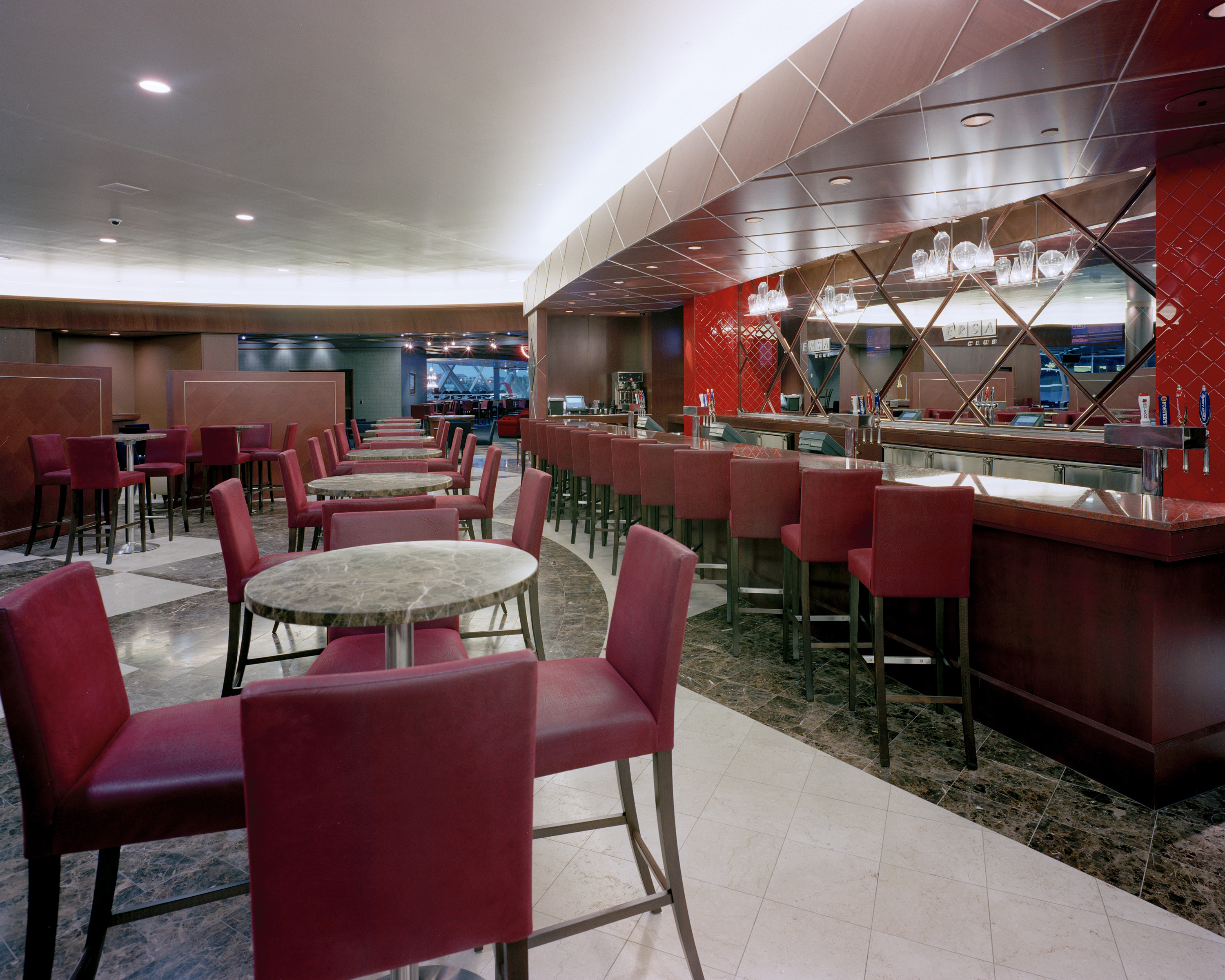 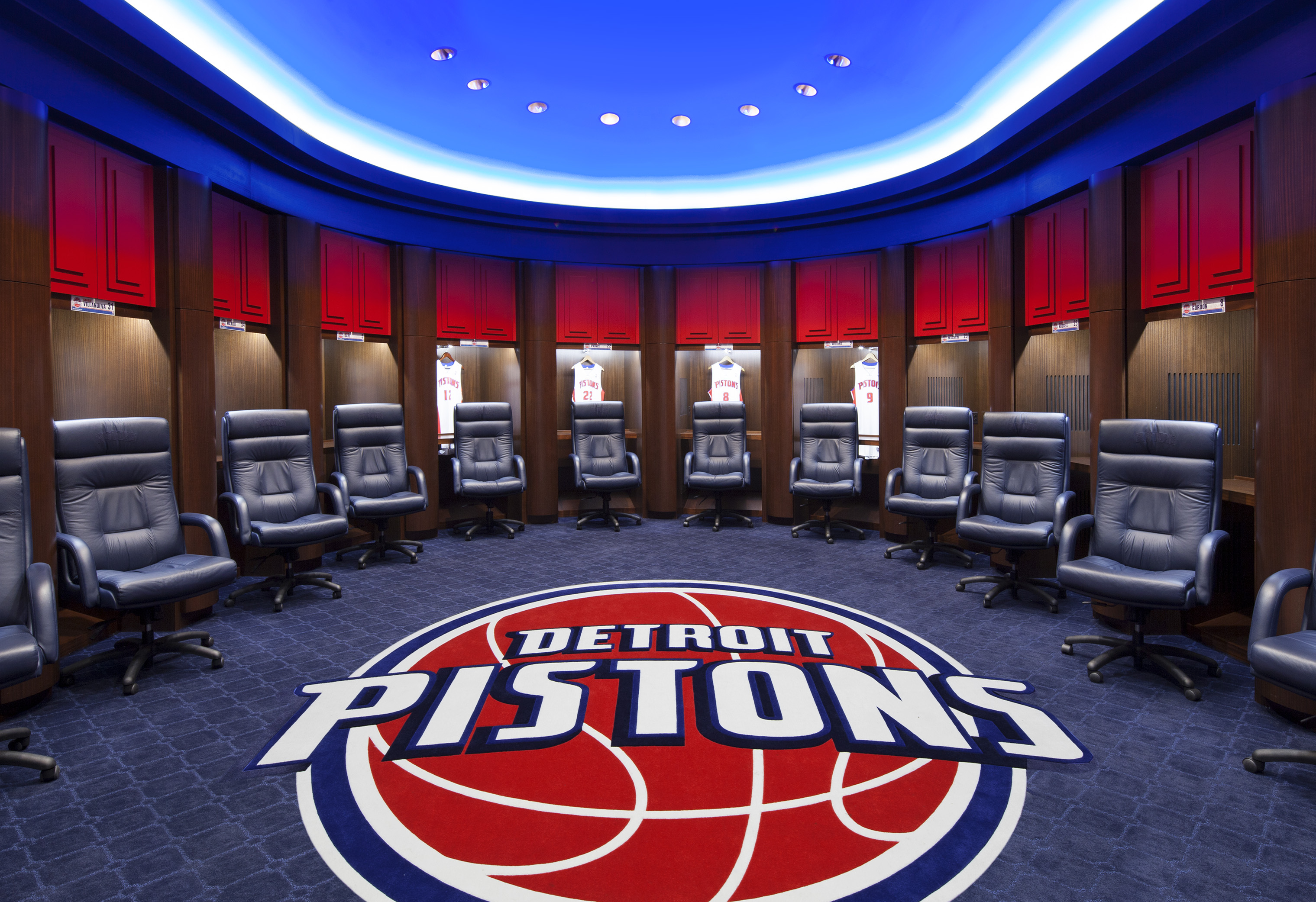 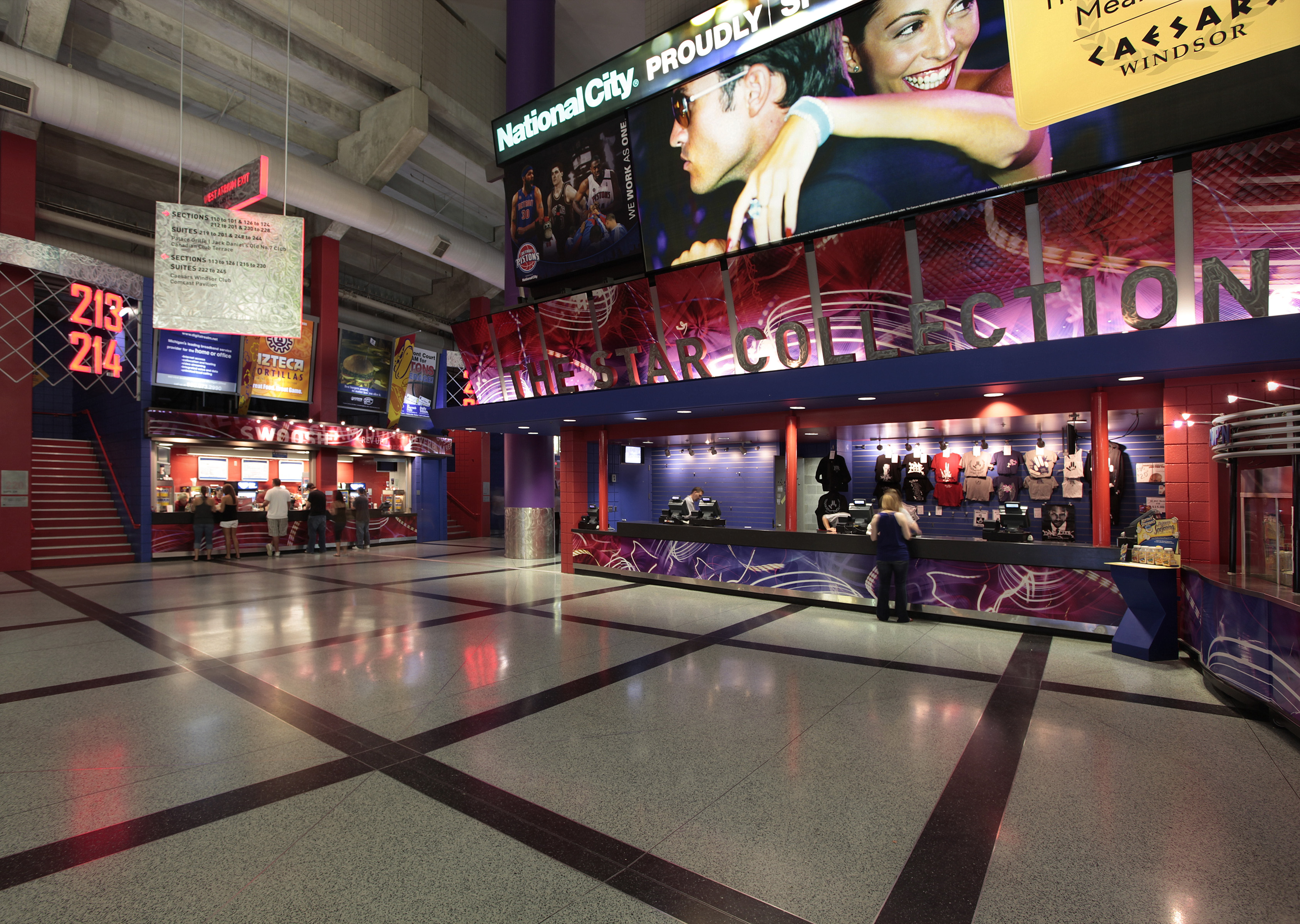 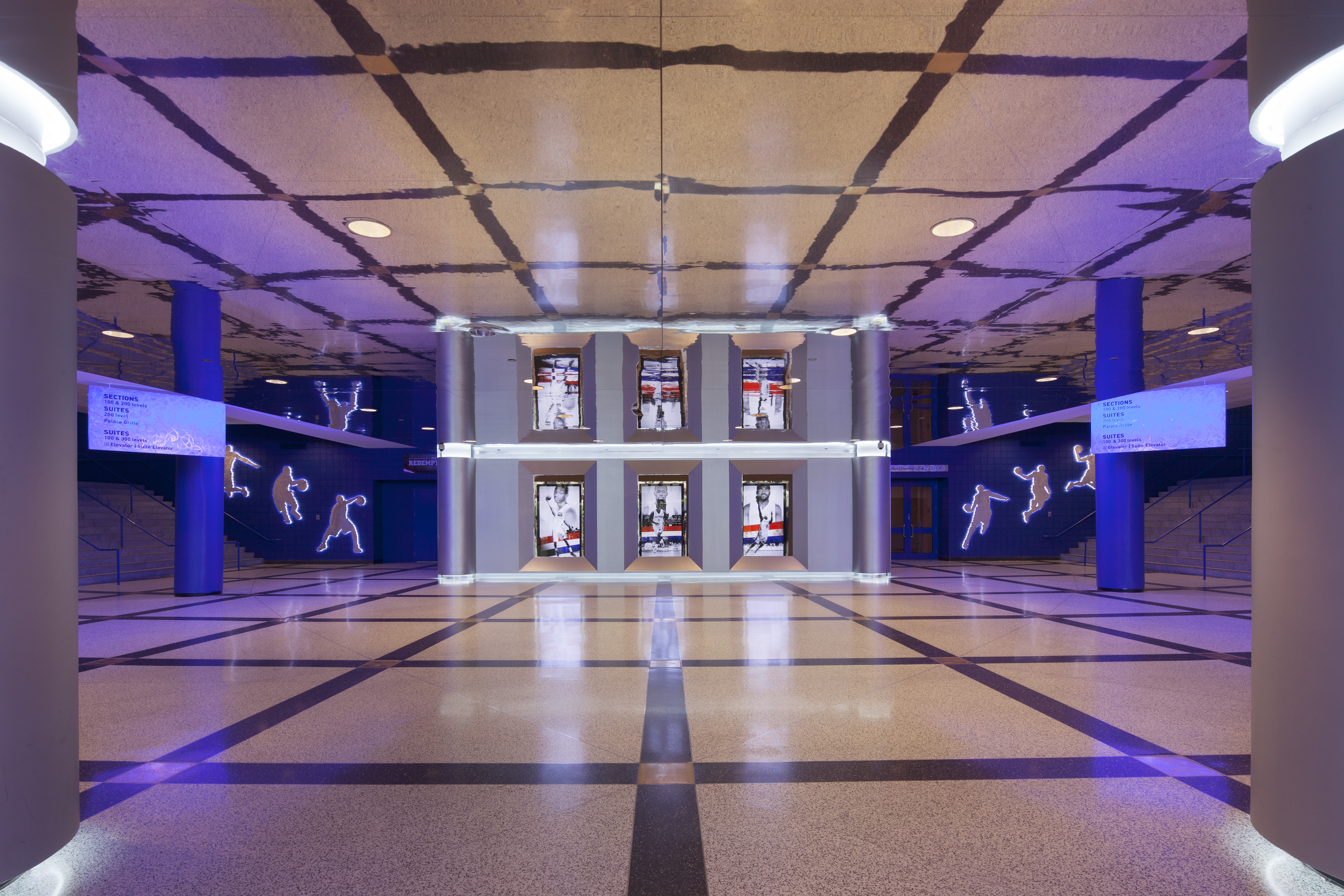 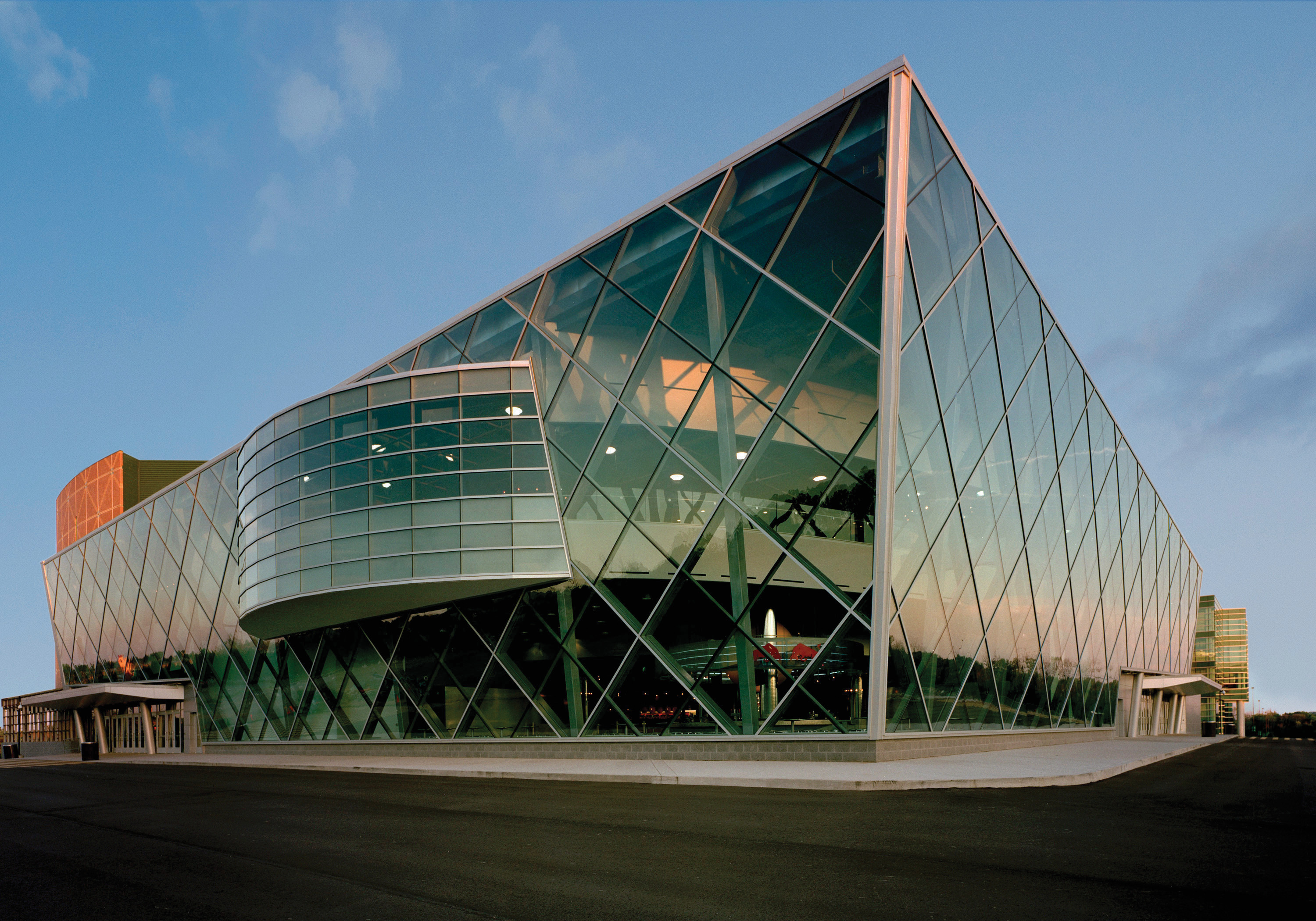