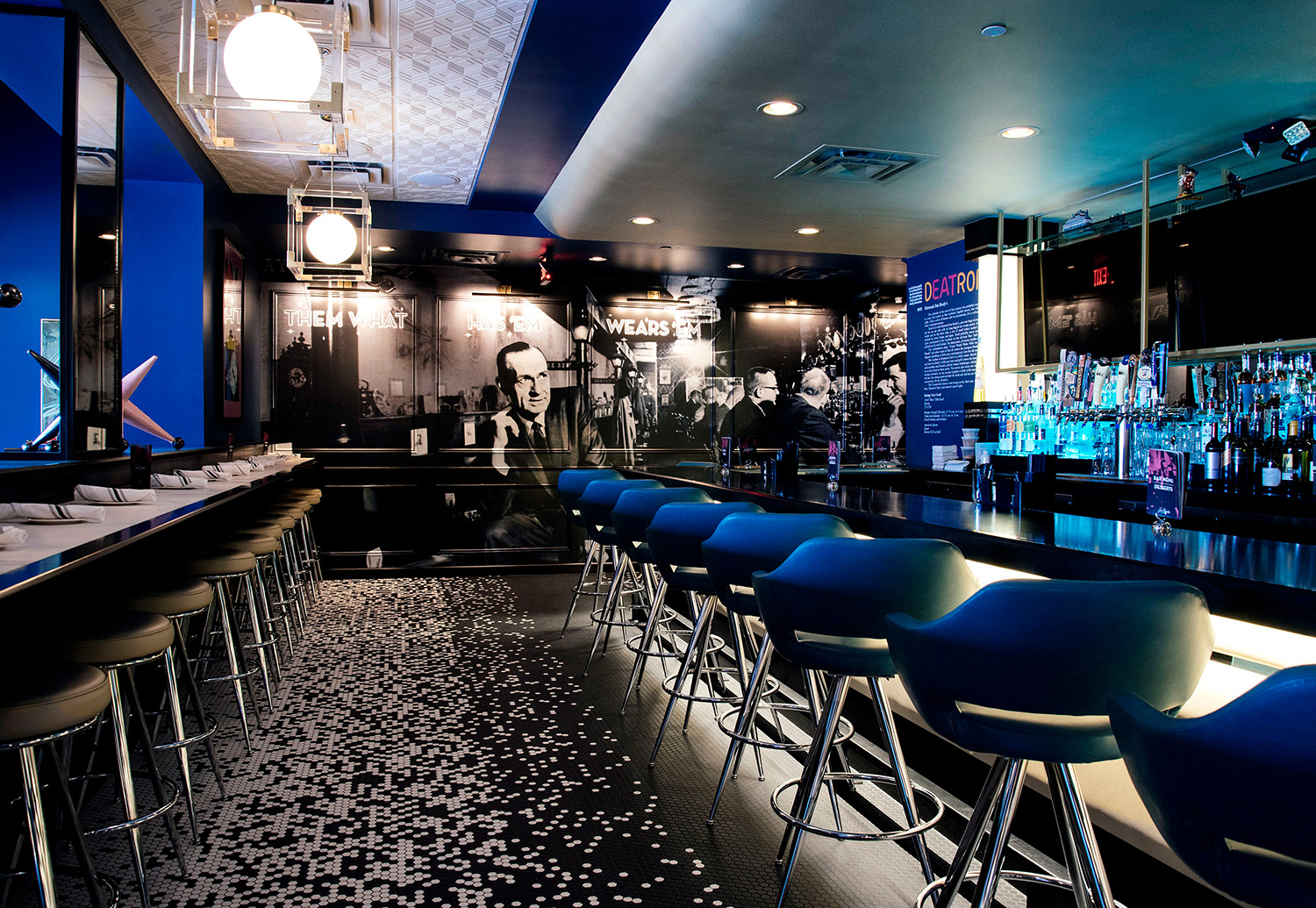 ROSSETTI was hired by the grandson of Restaurateur, “Diamond” Jim Brady to completely transform the former Oxford Inn of Royal Oak, into a classy, retro-inspired atmosphere with modern touches for the new Jim Brady’s Detroit.

This American-style restaurant pays homage to the original Diamond Jim Brady’s restaurant in Detroit - embracing the nostalgia of the 1950’s with contemporary interpretation. The arrival experience features glamorous 1950’s-inspired decor paired with subtle details such as the asymmetrical hexagon tiled floor, floor to ceiling mirrors, and diamond patterned screens to create a swanky yet fun environment.

The entire interior is rich and powerful, yet warm and inviting. One side of the dining room features a lavish “gangster” booth adorned with ruby crushed velvet- accessorized with oversized toy jacks. An oversized black and white mural of Jim Brady - made from an old newspaper photo watches over the bar. The opposite side of the restaurant re-creates the former Jim Brady’s booths with streetlamps and street blade signs. The vintage pink pay phone and pink tiled floors in the woman’s bathroom were both key features found in the original restaurant, while the hot pink graphic wallpaper was custom designed by ROSSETTI to add a pop of modern flair.

Open to rave reviews, Jim Brady’s Detroit was voted “Best New Restaurant in Oakland County” by Detroit Metro Times readers. The success of this metro area mini-chain has paved way to further expansions with another location that opened in 2018 in downtown Ann Arbor. 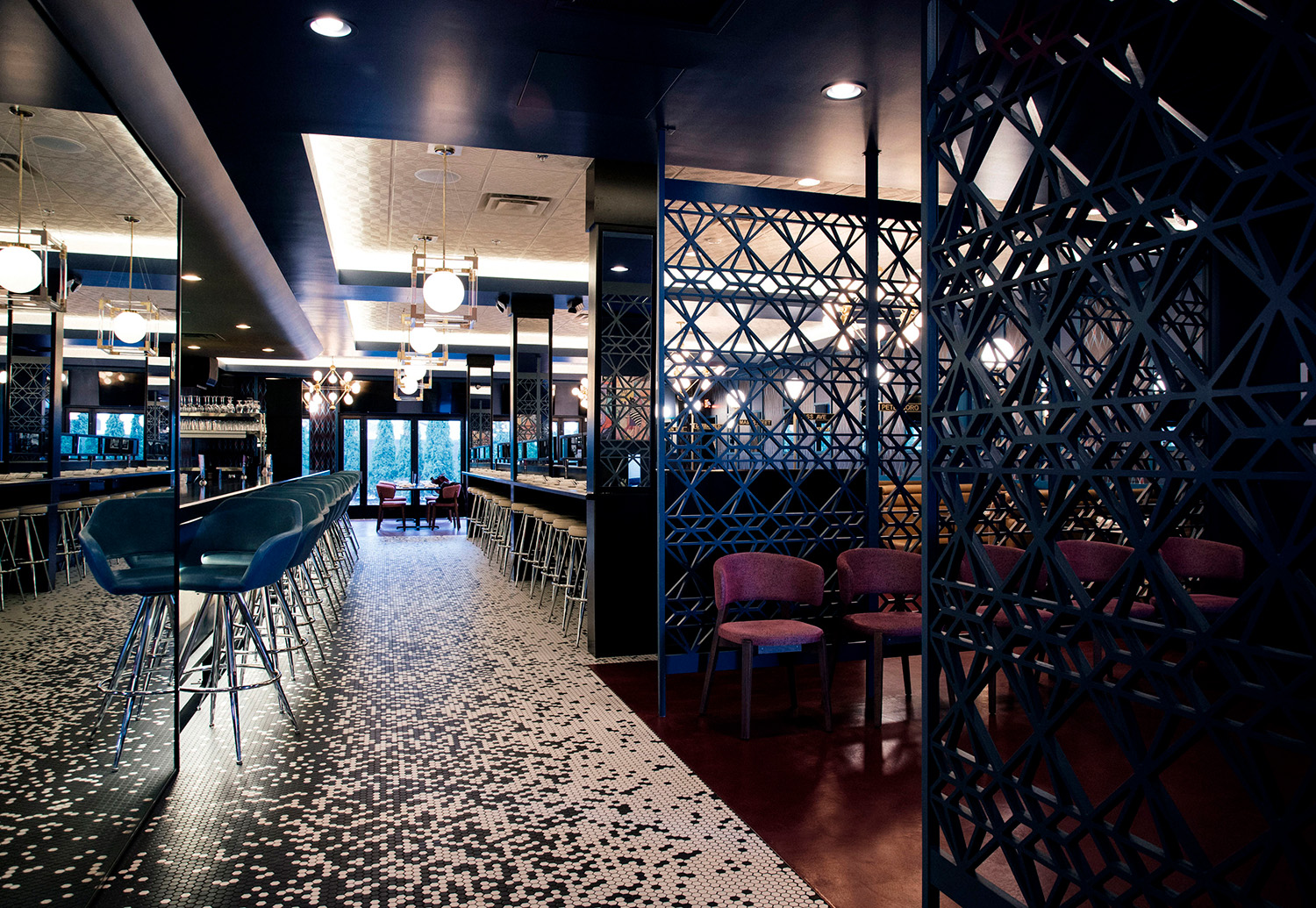 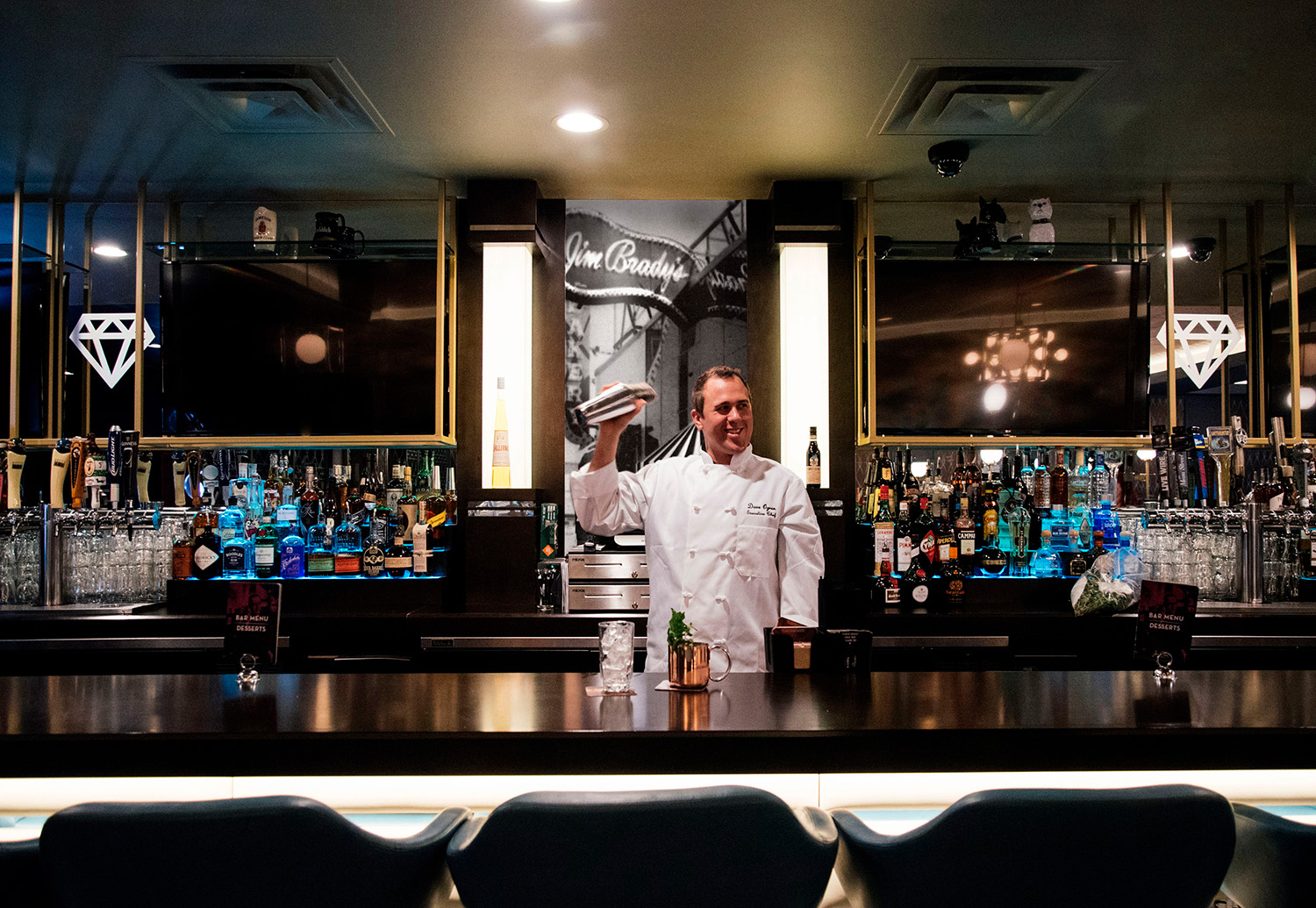 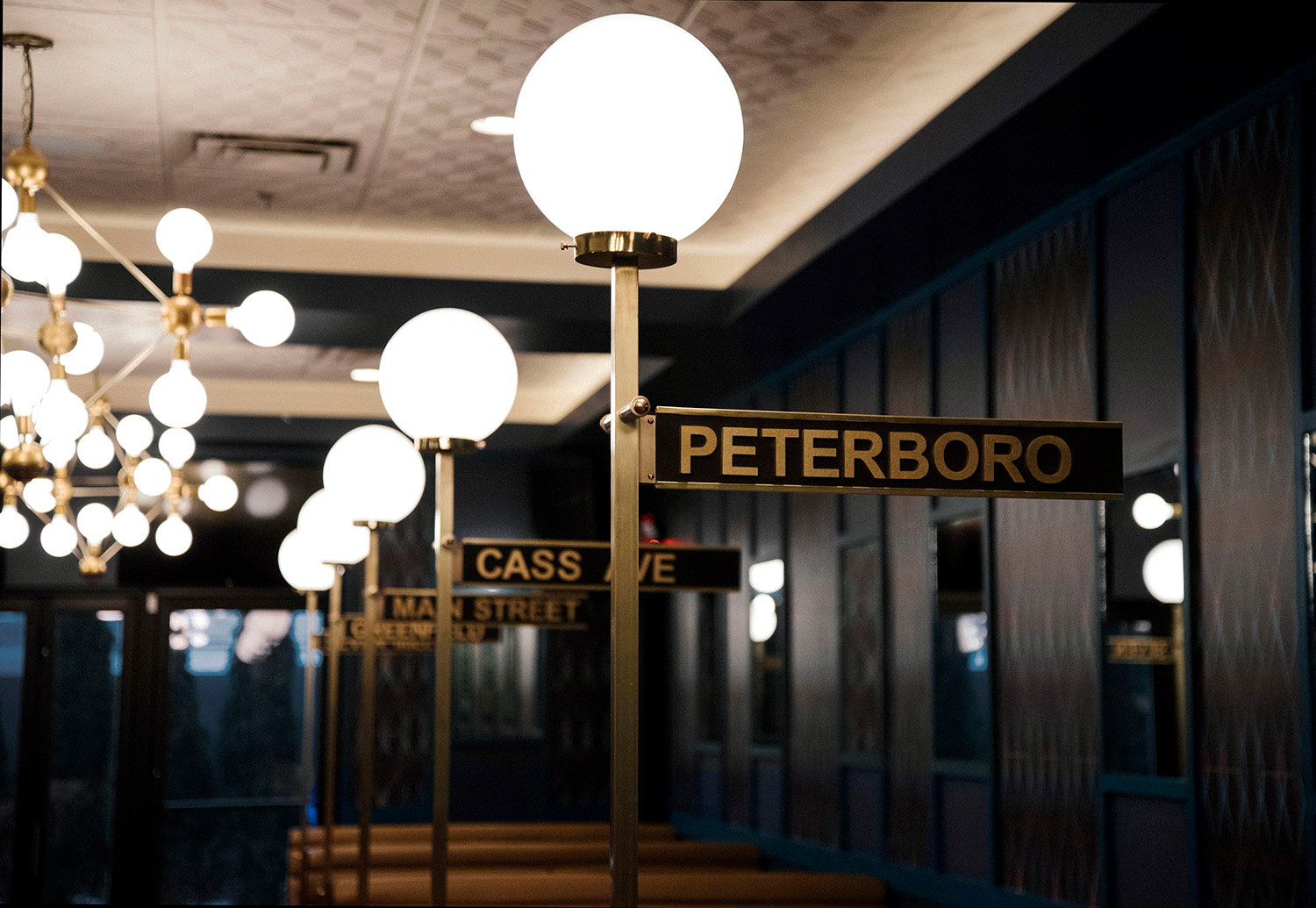 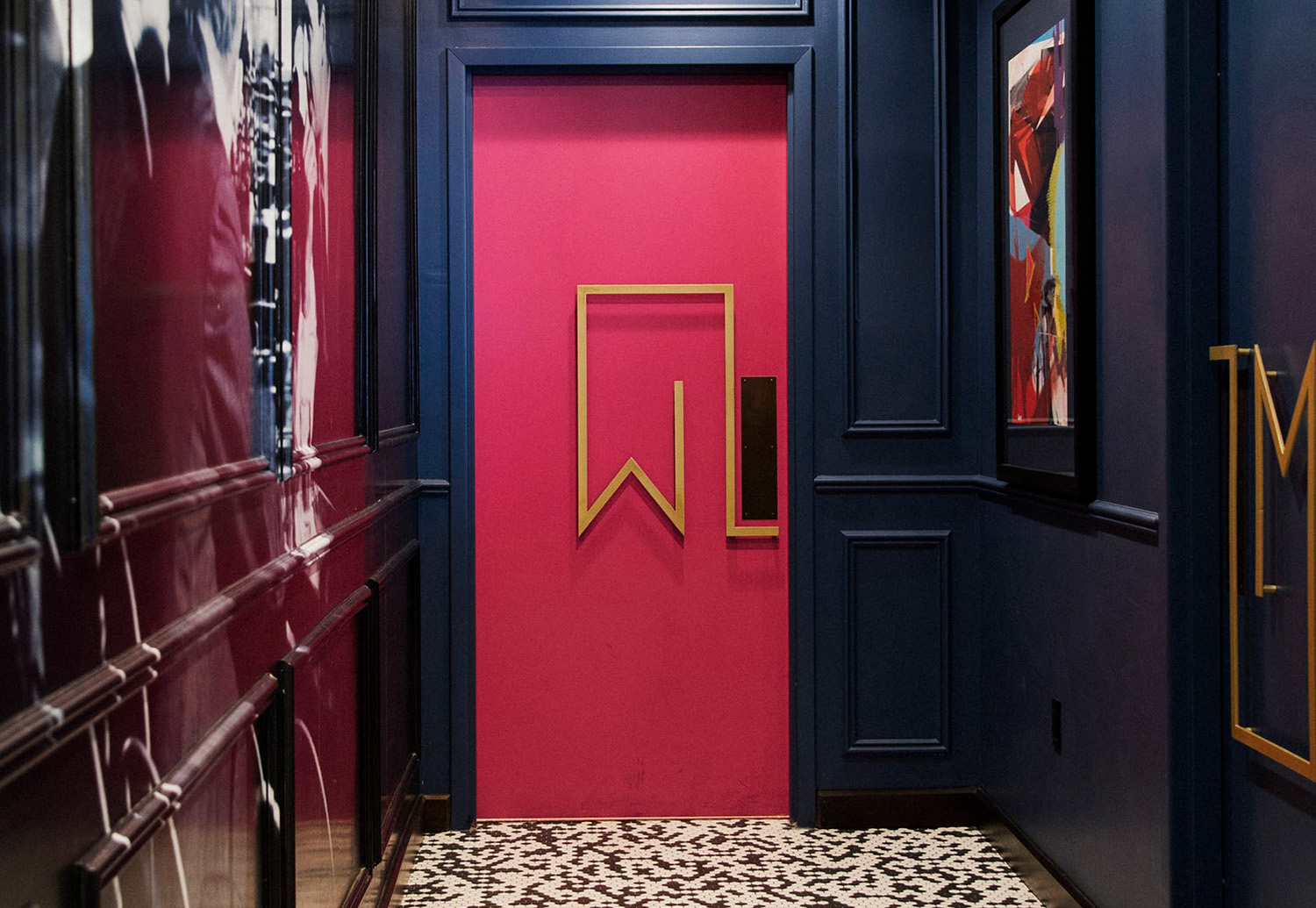 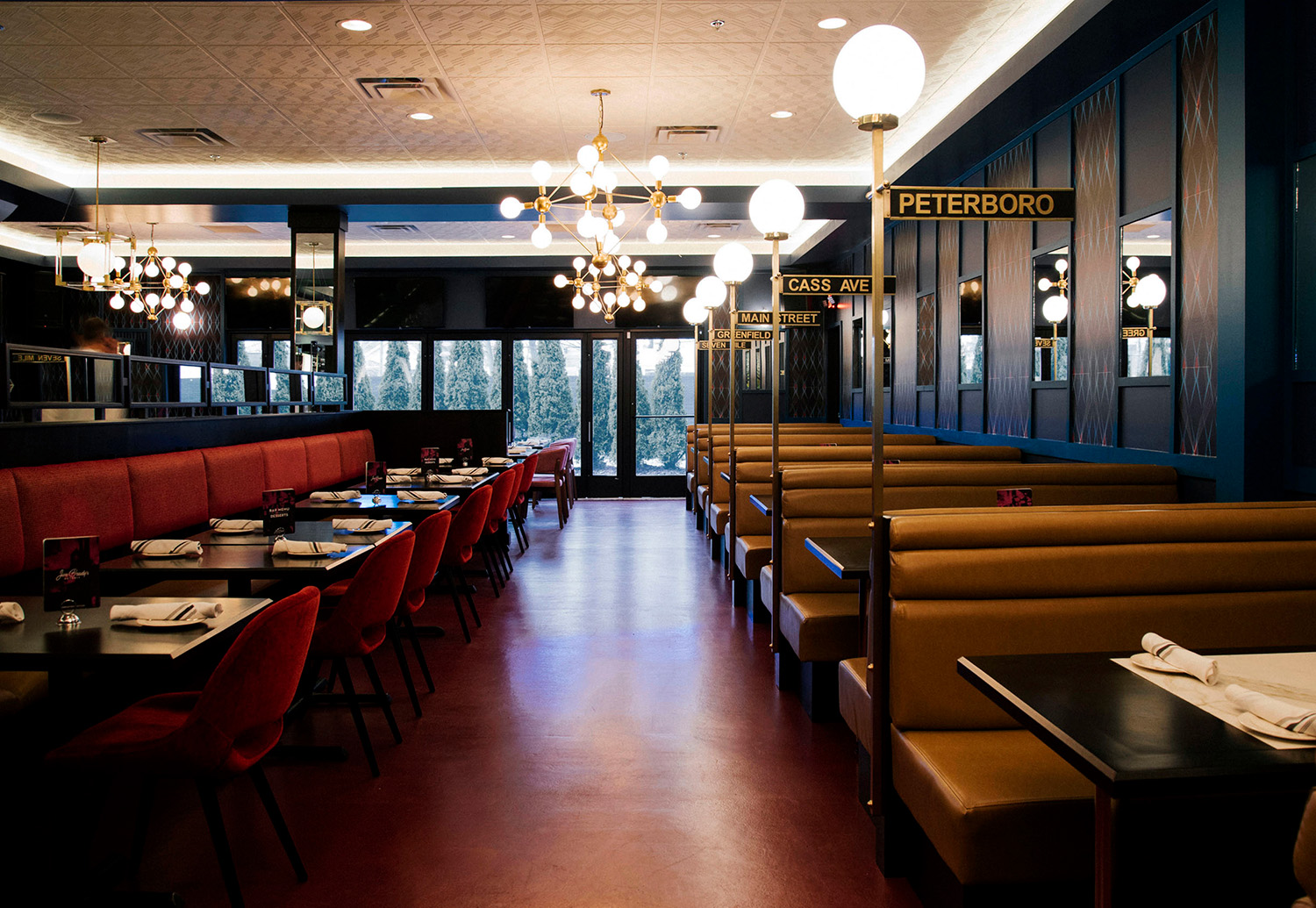 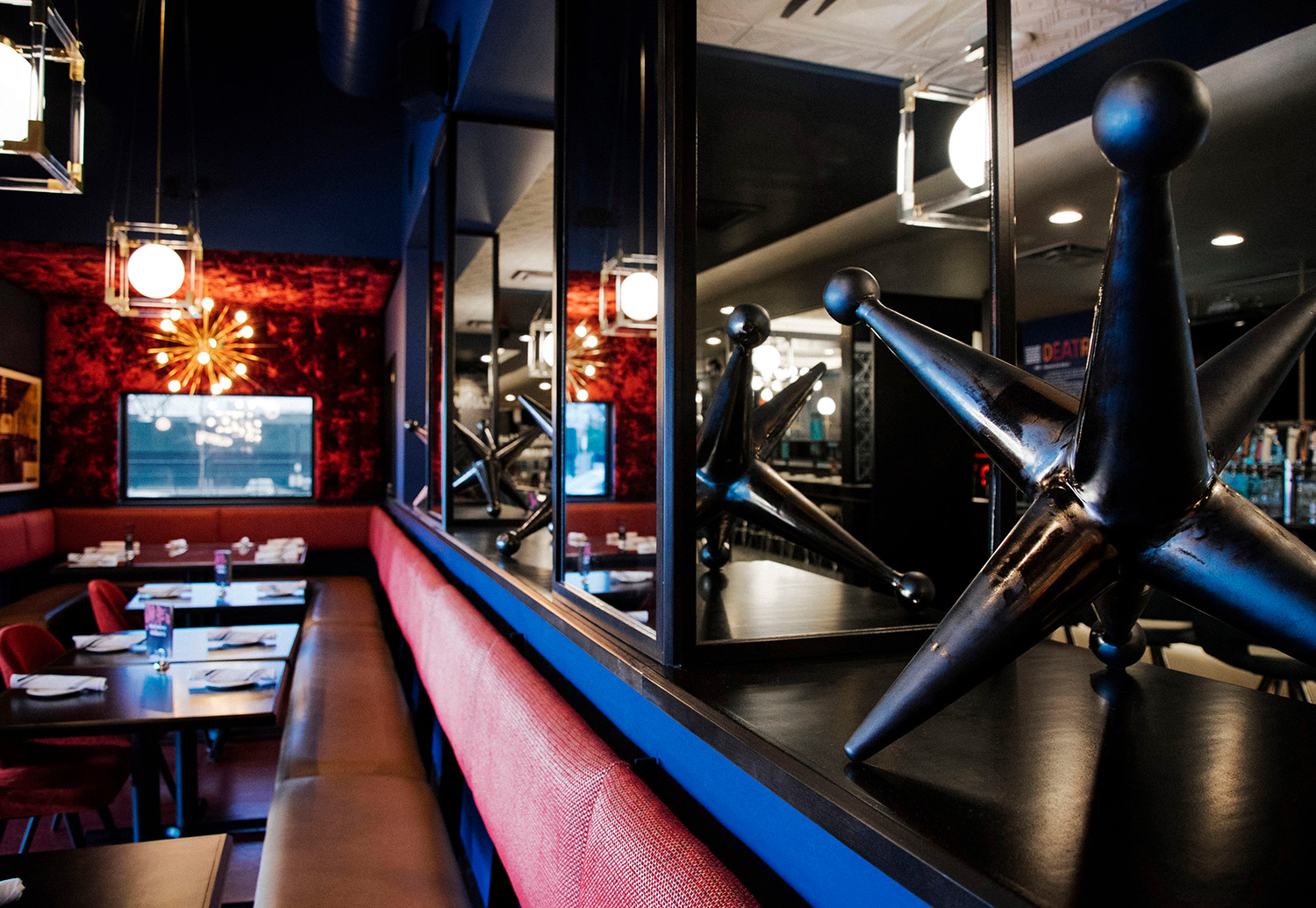