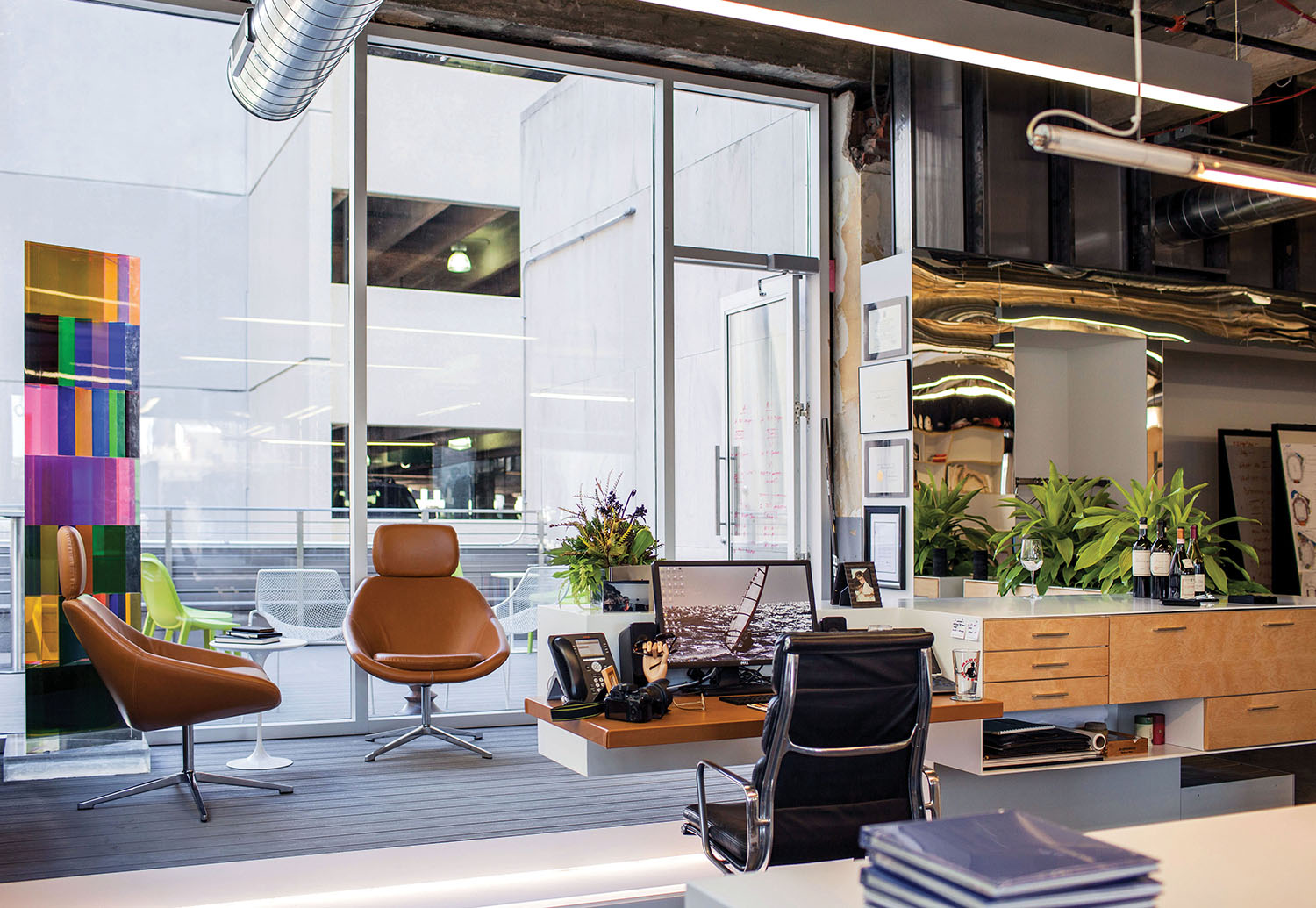 Detroit’s Federal Reserve Bank sat vacant for a decade before Bedrock Detroit purchased the building. ROSSETTI was challenged to re-imagine the dark corridors and small offices into an open, light-filled ground floor space for retail with eight floors of modern offices. The classic revival style building is also distinguished by its glass annex, designed by Minoru Yamasaki in 1951. Its pedigree presented ROSSETTI with opportunities and challenges.

ROSSETTI worked with Detroit’s Historic District Commission to retain the building’s architectural heritage while transforming it for 21st Century functionality. ROSSETTI also designed its own offices on the 4th floor based on an urban studio loft concept. The office is space planned into a series of open, collaborative workplace scenarios. A lab for design ideas, the office celebrates the bones of the building through natural patinas such as distressed wood, concrete and metal. The office also features several “third place” areas where employees meet and brainstorm. 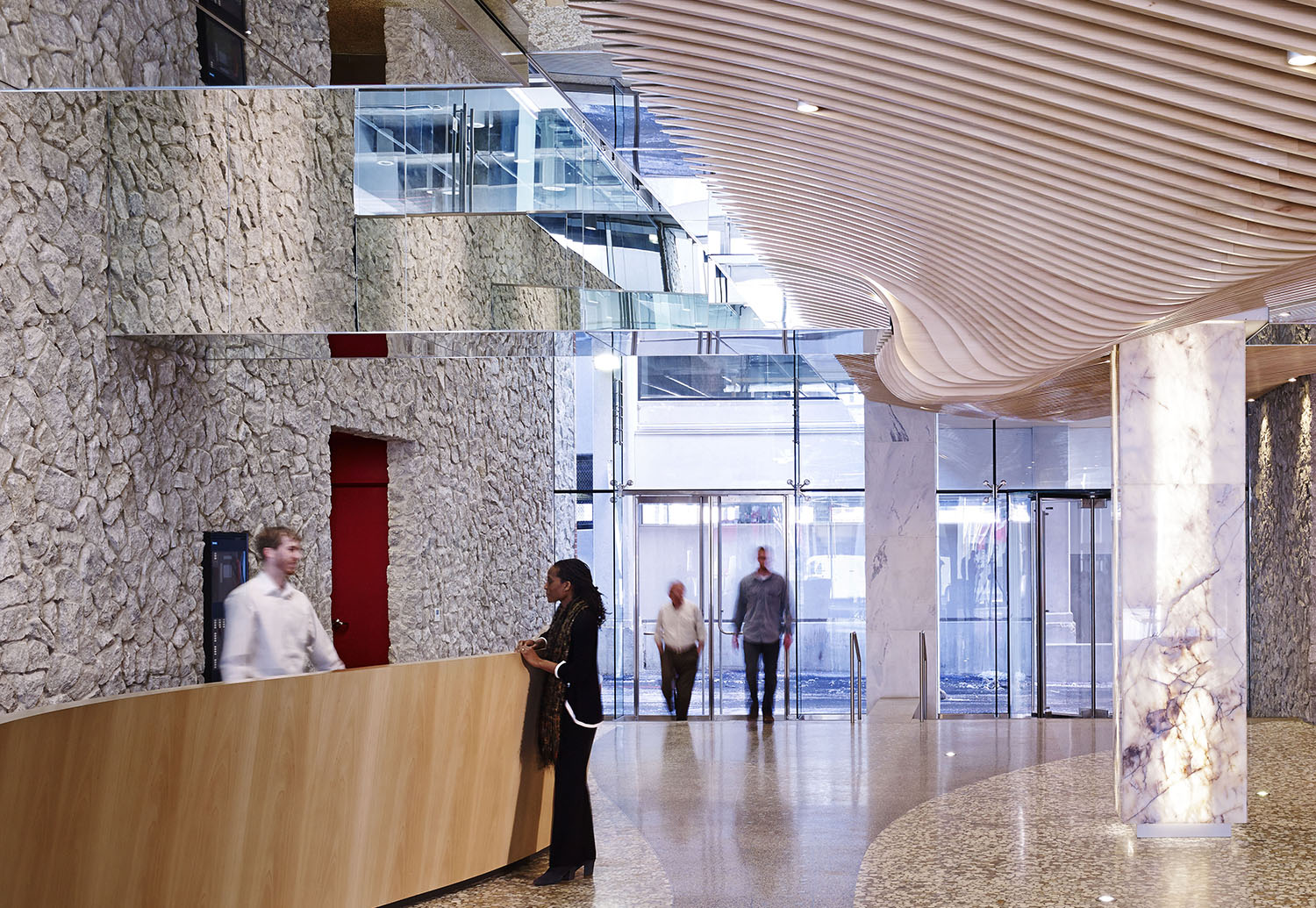 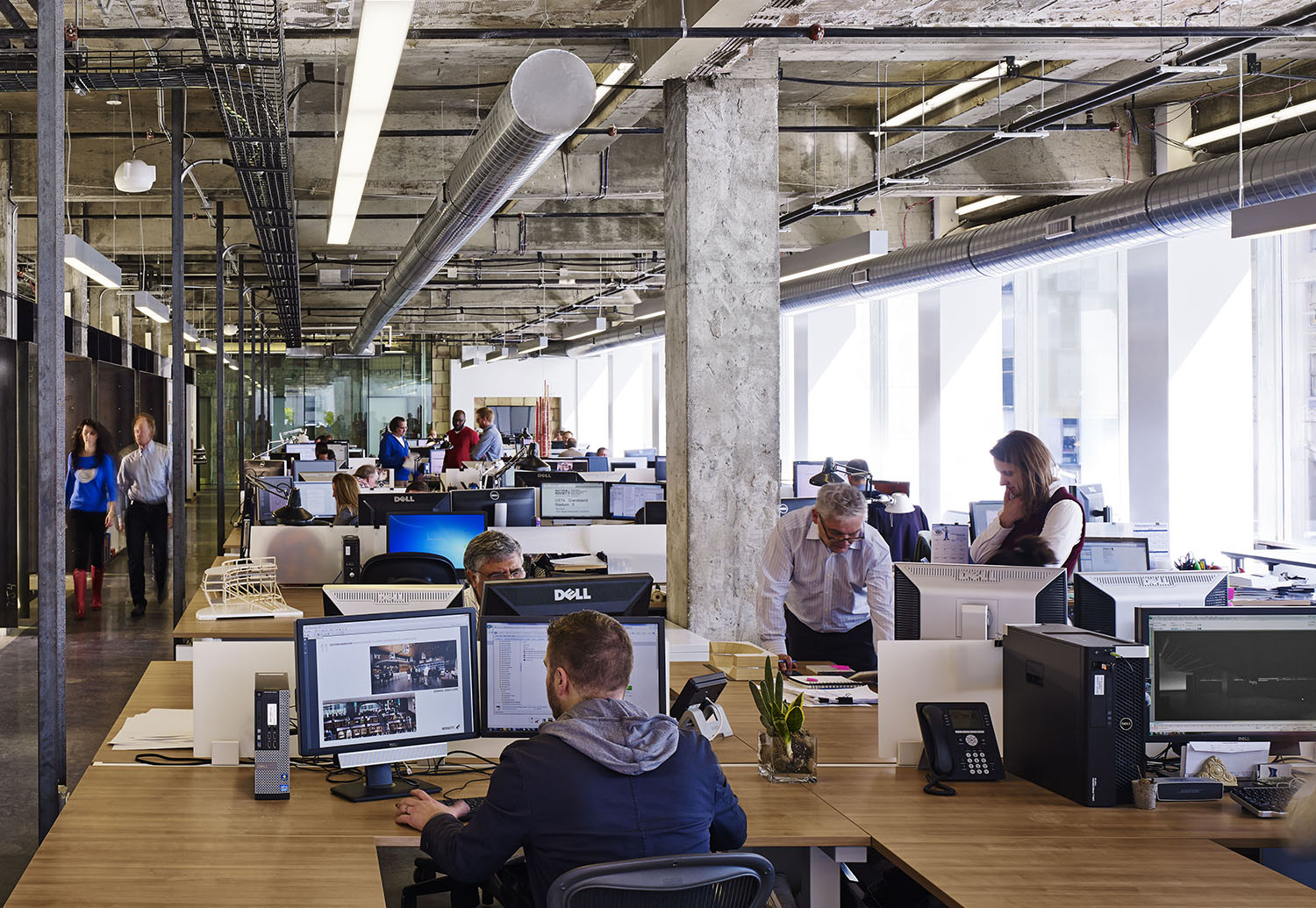 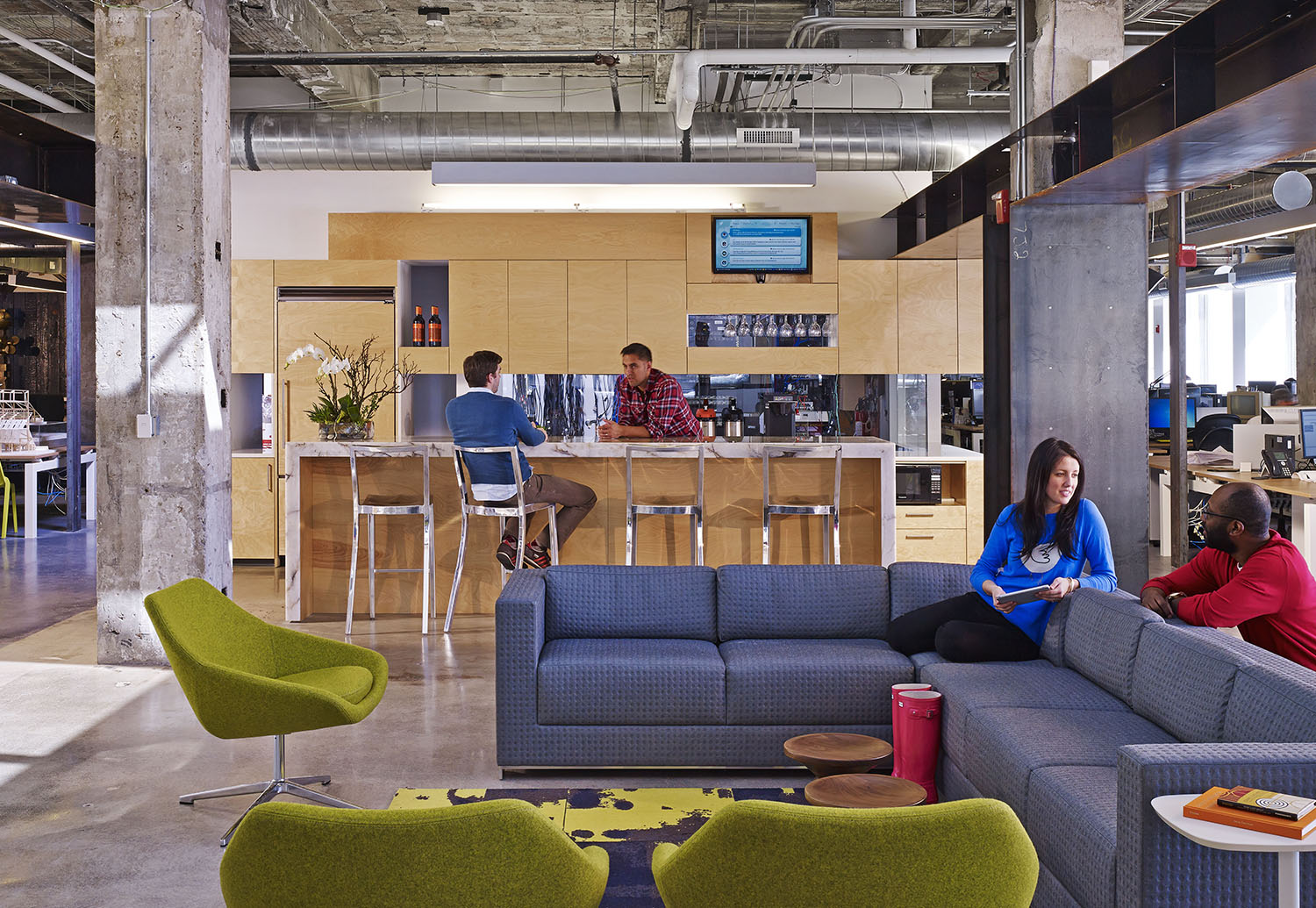 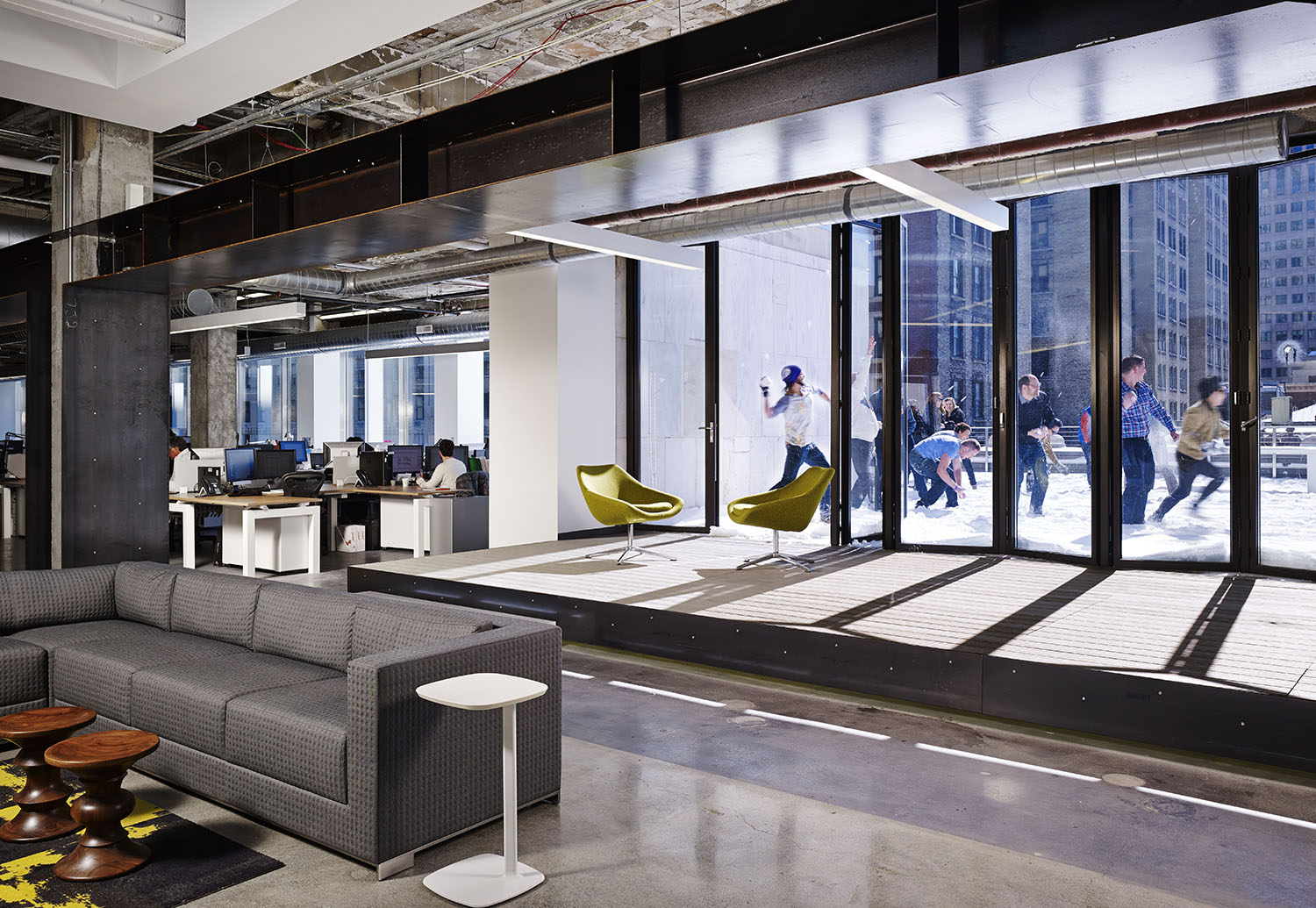