Curbed Detroit
POSTED 09.24.2018
Modular Residences dropped at The Corner
Back to top

Modular Residences dropped at The Corner

One of the big developments in Corktown took a major step forward today, as modular residences were dropped at the Corner. In total, 111 apartments will fill the space over four stories on the edges of the old Tiger Stadium at Michigan and Trumbull. Because of this modular design decision, the development will take shape over the next month.

Eric Larson of Larson Realty Group says this is the first time a modular product has been lifted and placed in a Detroit development project like this. The choice of using modular cuts down on construction time—while crews have been busy building the base of the mixed-use development, the modular units have been built off-site in a controlled environment. What might normally take 16-18 months will now take 8-10 months. 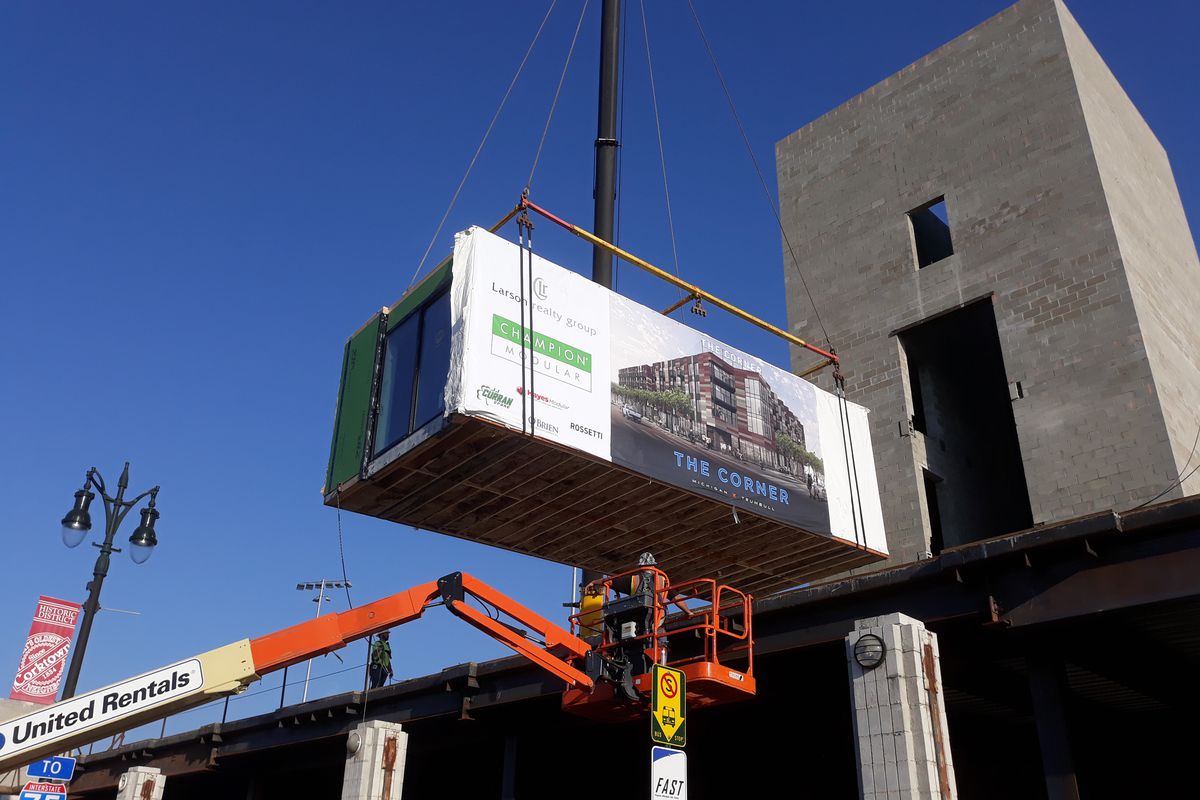 ROSSETTI, the design architect and architect on record for the project, tells us they took the historical significance of the site into consideration in the design. Deena Fox tells Curbed that they wanted to create visual interest in the site; the palate of colors in the facade will reference the baseball history.

Because this site has such significance to baseball fans, Fox says the corner itself will have some public space. Many people still make pilgrimages to the site of Tiger Stadium, and there will be informal gathering spaces incorporated.

The modular apartments average about 700 square feet, with studio, one-bedroom, and two-bedroom options. 20 percent of the apartments will be rented to those whose incomes are no more than 80 percent of area’s median income.

The Corner will also have 26,000 square feet of retail space, with 60 percent of the retail space leased at half the current market rate for small Detroit-based businesses.

Construction on this part of the development should be complete in February 2019.

In addition to the modular apartments, 35 for-sale townhouses will be going up in the future along Trumbull. The sales site for these has the residences starting at $399,900.

To be directed to the original article by Robin Runyun for Curbed Detroit, CLICK HERE.